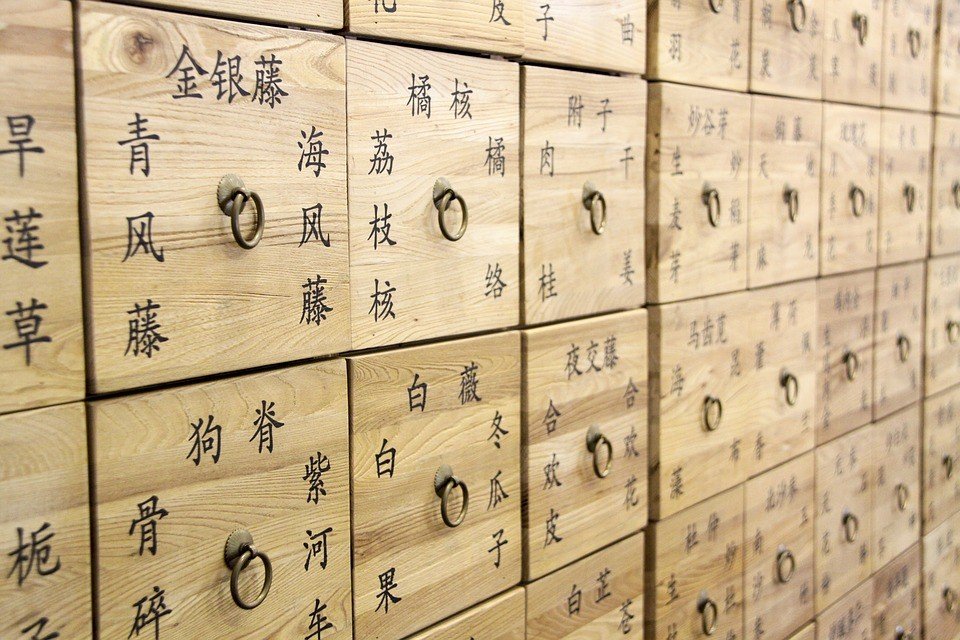 We’ve all heard of feng shui for the home but what about applying the theory behind feng shui to the body? Traditional Chinese herbal medicine can treat an array of illnesses and provides primary healthcare for millions of people. Nikoletta Stamatatos looks at how it works

Stepping into a Chinese herbal medicine clinic can be a dazzling, even bewildering, experience. Every wall is lined with display cases containing remedies from appetising tangerine peel to the more exotic Szechuan lovage root.

But Chinese herbal medicine is not as complicated to understand as it first appears. Sharing its basic premise with acupuncture, ch’i kung (qi gong), massage, acupressure and feng shui, the dividing line between herbalists and these other practitioners is becoming increasingly blurred.

Essentially, Chinese yin yang theory revolves around the regulation of energy, or ch’i, in either the body or the surrounding landscape.

Chinese Herbal Medicine Down The Ages

Throughout human civilisation people have noted different things which could be eaten for their medicinal properties. Over a period of time this knowledge has been added to the stock of communal folklore and passed down through the successive generations.

The Chinese were among the first to document the effects of such natural remedies. Huang Ti, otherwise known as the Yellow Emperor (2,696 to 2,598bce), is reputed to have discovered the secrets of herbal medicine as well as inventing a system of writing to record his findings.

There is some debate as to whether the Emperor ever really existed but his book, called the Huang-ti Nei Qing Su Wen (The Yellow Emperor’s Classic of Internal Medicine), certainly does. More than just a textbook, it’s a manual for living and covers topics such as Tao, yin and yang and the Five Elements.

A number of other books concerning health were written over the following centuries, but it’s the Yellow Emperor’s Classic that has continued to be a core source of information on Chinese medicine in modern times.

According to the World Health Organisation, there are a number of conditions for which treatment or alleviation with Chinese medicine is considered appropriate. These include: arthritis, asthma, depression, diabetes, eczema, hay fever, hypoglycaemia, impotence, infertility, insomnia, pre-menstrual syndrome, stroke.

Chinese medical practitioner Stephen Tang has found that ‘the most common treatments are for relief from complaints such as arthritis, but there have been some very successful results treating things from drug abuse to sports injuries’.

To grasp the principles of Chinese herbal medicine, it is first necessary to have a basic understanding of the philosophy of Taoism. Tao literally means ‘The Way’ and is the principle from which everything in the universe flows. Tao is the source of the changing cycles of nature. It is necessary to become aware of these cycles in order to ‘go with the flow’.

Taoism contains a number of concepts which underpin Chinese cosmology. These include the concept of ch’i (energy), yin and yang (negative and positive), the Four Seasons, the Five Elements, the Eight Trigrams, and the 64 changing hexagrams of the I Ching.

But the two disciplines are more than just complementary as Stephen Tang highlights. ‘Feng shui is essentially about environmental awareness. The environment obviously affects the state of our health and well-being and for this reason it’s important that our external and internal worlds are in balance with each other.’

Chinese herbal medicine practitioners treat the body as a complex set of energy channels. There are four significant factors that need to be taken into consideration when prescribing medicines: energy, blood, meridians and internal organs.

Energy, ch’i, can be broken up into four types: original ch’i, internal organ ch’i, guarding ch’i and protein ch’i. If ch’i becomes weak, stagnant or is mis-channelled, then the flow of energy through the body will become disrupted in much the same way as it does with feng shui. Illness related to the blood or other bodily fluids is referred to as either escaping, weak or clotting.

Ch’i flows along the energy channels – called meridians – of the body. These can be broken down into the jin mai – which consists of 12 meridians forming a circulatory system around the body, and san jiao which consists of the upper, middle and lower body cavities.

The internal organs of the body are classified as the zang fu in Chinese medicine and are divided into 12 parts. The six zang are the solid organs which collectively have the task of energy collection, storage and distribution and are regarded as yin. The six fu are the hollow organs which transport and transform and are responsible for sorting out useless substances and for getting rid of waste.

A Chinese herbal practitioner will also want to determine whether an illness is ‘hot’ or ‘cold’, ‘wet’ or ‘dry’, as this will affect which herbs are prescribed for the treatment.
When the ch’i flow around the body is affected by liu yin, or the Six Pernicious Influences, it ceases to protect the body from illness. The Six Pernicious Influences are: excessive dryness (zao), dampness (shi), heat or fire (huo), cold (han), wind (feng) and summer heat (shu).

In much the same way as in Western medical practice, patients are expected to visit a clinic for a consultation. The practitioner will undertake four examinations. These are referred to as si jian. The first covers lifestyle, diet, physical activity and pain. The practitioner will then look at facial colour, body type, appearance of the tongue, and mental state and expression.

The next examination involves listening to the patient’s breathing, coughing and voice, and also takes the patient’s smell into consideration.

Lastly, the practitioner will feel for the three pulses in each wrist. These indicate how the major organs are functioning and reveal the current flow of ch’i. In order to diagnose the patient’s problems, the practitioner looks for excesses and deficiencies (bian zheng) in ch’i, heat and cold, yin and yang, and in the blood.

Once the diagnosis has been made the herbalist will decide on the remedy. The two most popular forms of taking the preparations are in soups and tea. It’s not unheard of for a herbalist to send a patient to another practitioner or to a GP if they feel that a herbal remedy is not the best way of dealing with the condition.

‘It’s best to visit a practitioner as they will be able to tailor-make the remedy for the person. I wouldn’t recommend that people try to “cure” themselves because they won’t be able to diagnose their condition accurately. On a general level, there are basic soups to promote overall health which would be far better to use on a regular basis,’ says Stephen Tang.

This is a highly flexible approach enabling treatments to be changed as the patient improves, stressing prevention rather than cure. The herbs themselves, compared with chemically produced medicines, are relatively cheap, easy to use and have minimal side-effects – most have been tried and tested over hundreds of years.

Many medical professionals around the world now see conventional Western medicine and traditional herbal medicine as complementary rather than as alternatives. Stephen Tang agrees, ‘I think a lot of non-Chinese people are more supportive of Chinese medicine than they used to be, and this is certainly reflected in the increased numbers using traditional Chinese medicine centres.

It also helps that GPs are referring their patients to qualified traditional Chinese medical practitioners. Twenty years ago it was incredibly hard to get formal referrals but now we are inundated with referrals from GPs, hospitals and even football associations.’

Use of Herbs and Spices in cooking

Herbs and Spices have long been used in cooking as a natural flavor enhancer for specific foods. Besides adding flavor to food, many herbs and spices contain active plant compounds that have medicinal properties. There is now ample evidence that spices and herbs possess antioxidant, anti-inflammatory, antitumorigenic, anticarcinogenic, and glucose- and cholesterol-lowering activities as well as properties that affect cognition and mood.