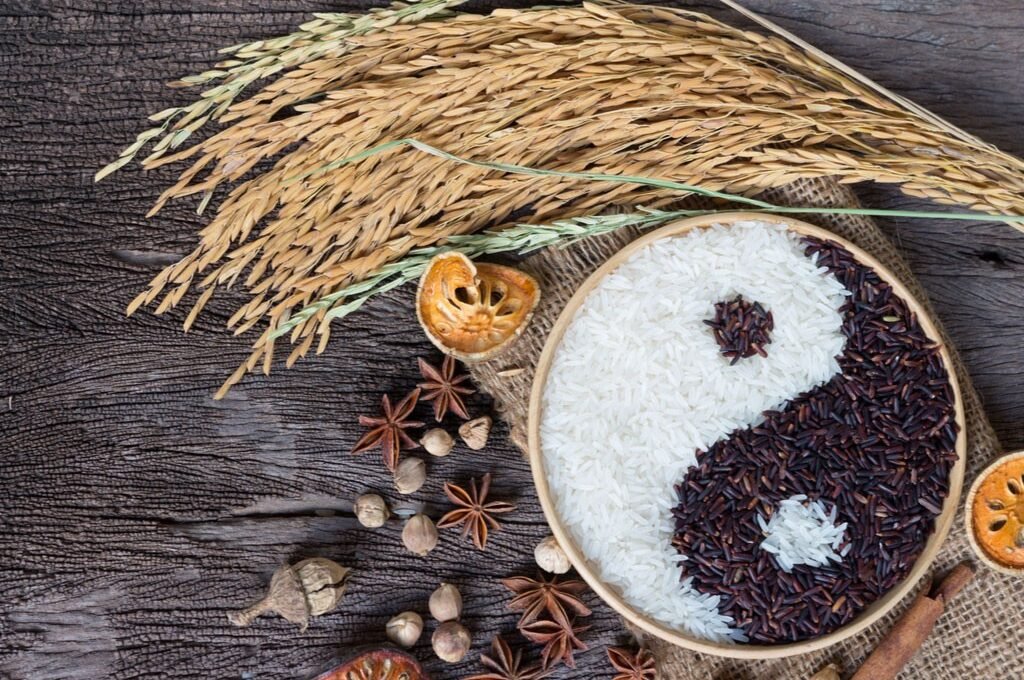 Food can both positively and negatively affect our health.  ‘Shi Zhi’ or Chinese Food Therapy is the idea that food is medicine and can treat illness, just like the understanding that in Feng Shui the environment can affect health for the better or worse and be used as a remedy. Like Feng Shui, Food Therapy is based on an understanding of Yin Yang and the Five Elements.

Yin and Yang in Food Therapy is temperature, but not in the sense of chilled or heated, it is the ‘nature’ of a food (Chillies, even when frozen, are still hot; and Green Tea, even when we boil it, is still cooling).

As a general rule most fruits, green vegetables and legumes are cooling, mushrooms more neutral as are grains, and root vegetables and meats warming.  In Feng Shui all dwellings and sites can be classified by Yin and Yang, in Chinese Medicine too all illnesses can be classified as stemming from Yin – Cold or Yang – Heat.  Very simply put, cool and cold foods lower temperature and warm and hot foods increase temperature to adjust physiology. 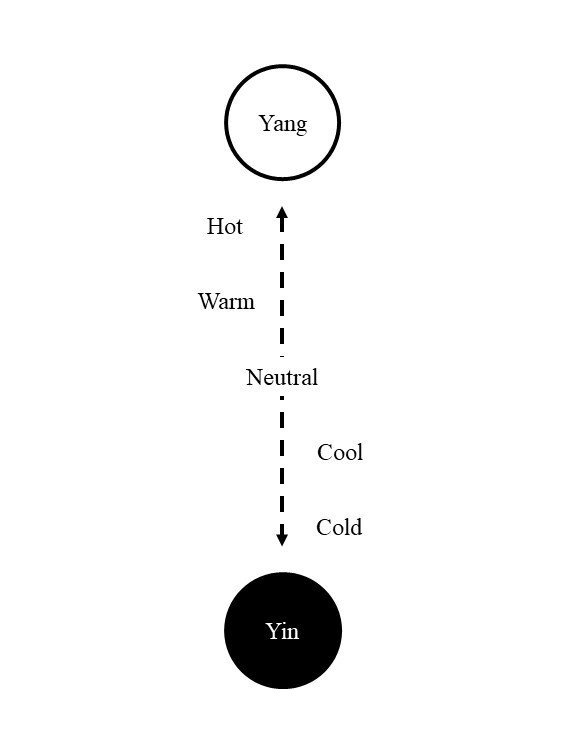 The Five Elements correspond with various aspects of the Luopan Compass in Feng shui.  In Food Therapy however their correspondence is in the Five Flavours – Sour, Bitter, Sweet, Pungent and Salty.  All foods can be classified as one or a combination of these flavours.  Each of the flavours corresponds with one of the Five Elements, and through that organs, structures and functions within the body.

The Wood Element in Feng Shui is the Eastern direction, Spring, the colour blue-green, Jupiter and the number 8.  In the body it is the Liver, the eyes, sinews and anger.  Its flavour is Sour.

The Fire Element is the Southern direction, Summer, the colour red, Mars and the number 7.  In the body it is the Heart, the vessels, blood and joy.  Its flavour is Bitter.

The Earth Element is the Central direction, Late Summer or the change of seasons, the colour yellow, Saturn and the number 7.  In the body it is the Spleen & Stomach, the mouth, flesh and worry.  Its flavour is Sweet.

The Metal Element is the Western direction, Autumn, the colour white, Venus and the number 9.  In the body it is the Lungs, the nose, skin and sadness.  Its flavour is Pungent or Acrid.

The Water Element is the Northern direction, Winter, the colour black, Mercury and the number 6.  In the body it is the Kidney, the ears, bones and fear.  Its flavour is Salty.

Some of the connections are obvious, some not so much.  Knowing how to diagnose them is the realm of the Chinese Medicine practitioner, but with a little understanding an individual can start to see the patterns and begin to match foods to their health.

The earliest Acupuncture text – ‘The Yellow Emperor’s Inner Classic’ contains a wealth of information on foods including listing foods by their flavours as can be seen in the table below.

The Yellow Emperor also talked about what types of foods to eat.  He said 五穀為養，五果為助，五畜為益，五菜為充 “The Five grains for nourishment, the Five fruits for assistance, the Five meats for enriching, and the Five vegetables for filling.”  The number five relates to the Five Elements and the Five Flavours mentioned above.  But let’s talk a little more about each of these categories:

Herbal Medicine in China owes its lineage to Shen Nong ‘The Divine Farmer’ (also known as Yandi ‘the Fire Emperor’ – food is all about cooking and fire!) and from this tradition came one of the first clinical manuals written on the practice of Chinese Medicine, called ‘The Treatise on Cold Damage’.  It talks a lot about what not to eat.  The author Zhang Zhong Jing gives great lists of foods that should be prohibited in illness.  Nobody is in a perfect state of health so while you don’t need to entirely avoid these, you may want to consider minimising or reducing –

Anyone who’s ever tried to Feng Shui their own home after reading a few articles online knows the difficulties and dangers of ‘Asking Google’ and diet is no different.  Self diagnosis is never a good thing, if you are ill and unsure of what to eat please see your friendly Chinese Doctor for further advice.  If you are generally healthy and just looking for some assistance in maintaining wellbeing and preventing disease, then I hope you found some food for thought…