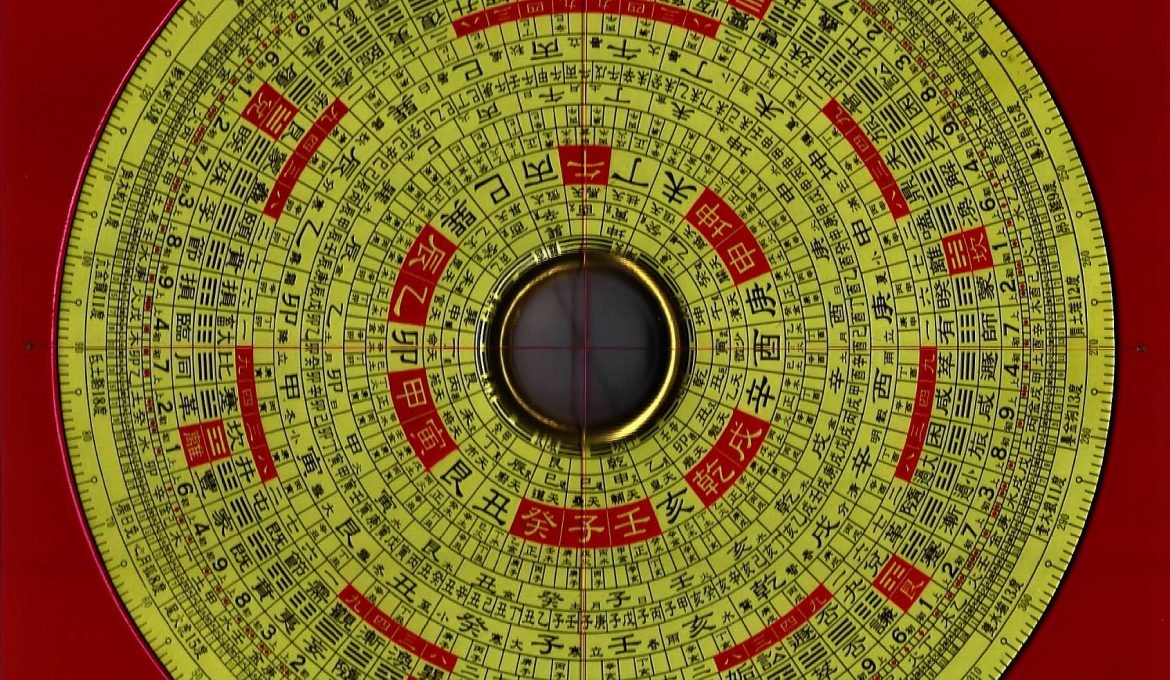 Understanding the 24 Mountains or directions of the Feng Shui compass, (known as the lo p’an or luo pan) is one of the keys to grasping the practice of classical Feng Shui. However for the untrained mind this presents some difficulties, as both the Chinese Astrology (BaZi) and Bagua systems are used in combination to name these 24 Mountains

Each of these four cardinal and four sub-cardinal directions are allotted a 45 degree section of the lo p’an, adding up to a total of 360 degrees. Each 45 degree section is then further divided into three smaller sub-sections of 15 degrees, which are known as Mountains. As such if we do the simple equation of eight (compass directions) multiplied by 3 (sub-sections) we arrive at our grand total of 24 Mountains.

The names of these 24 Mountains are based (as previously mentioned) on both the BaZi and Bagua systems of Chinese Metaphysics, which provides a classically trained Feng Shui practitioner with a wealth of information about the building they are assessing, its occupants and the effect the surrounding landscape has on them.  After all the lo p’an is much more than just a simple compass, but rather a complex and highly developed tool, dating back some 2000 years.

From the BaZi system, the 12 Earthly Branches (commonly known as the Zodiac Animals) are used to name the 24 Mountains, in conjunction with 8 of the 10 Heavenly Stems.  Each one of these Earthly Branches and Heavenly Stems are attributed to a specific Mountain (15 degrees) and compass direction, with the exception of the two missing Heavenly Stems which are both positioned in the Heavens Pool or centre of the lo p’an.

Please note that I have used the Hànyǔ Pīnyīn transcription system for the purpose of this article, as I find these translations more commonly appear on the lo p’ans most favored by modern practitioners.

The 12 Earthly Branches are:

The 8 Heavenly Stems are:

From the Bagua system the following Trigrams or Gua are used to anchor the sub-cardinal directions and give us our full complement of 24 Mountains.

Therefore knowing the origins of the 24 Mountains and their specific 15 degree position gives us an understanding as to the significance of their arrangement on the lo p’an.  Furthermore we should be aware of whether they are Yin or Yang in nature, as this also plays an important role.

As previously outlined, every compass direction contains 3 x 15 degree sub-sections or Mountains.  Each of these Mountains are numbered either 1, 2 or 3 according to whether they are Yin or Yang in nature and also according to the arrangement of Earth, Heaven and Man.

The centre position in each Gua (direction) is always occupied by Heaven (sky), the right by Earth (ground) and the left by Man (people). Of the four cardinal directions of North, South, East and West, the Earth position is considered Yang whilst Heaven and Man are Yin.

So by using the 24 Mountains distributed around the 360 degrees of the lo p’an, we not only measure a buildings direction, but also identify what type of building (or house) it is and make any adjustments according to either the earlier San He or later San Yuan systems of Feng Shui.

The Flying Star method of analysis is one of several techniques popularly used by practioners from the San Yuan system as it incorporates both time and direction; plus it takes into consideration the influence of the surrounding external environment on the internal energies of the building.

In fact the use of the lo p’an and Flying Star technique allows us to measure the directional influences of an existing building, identify which configuration or category it belongs to and modify external forms or internal function in order to gain the most favourable outcome from the existing arrangement of timely energies.  These work in conjunction with each other and allow pracitioners to guide people in finding good locations for their homes and design living spaces which support a happy, healthy and successful life.

According to this method,  a timely Water Star (which brings wealth) should ideally be present at the front door with the building or home facing some form of water or open ground (known as virtual water), as this can bring opportunities for prosperity to the business or household.

In addition a timely Mountain Star (which governs human harmony) should ideally be located at the rear of the premises with a hill, tall tree or multi-storied building (known as a virtual mountain) located here for support and containment of precious ch’i (energy).  This helps to support the heatlh, productivity, career, relationships and well-being of the occupants.

Overall there are four main building configurations which can be identified with the use of the lo p’an and Flying Star method which are:

2.       Up Mountain & Down Water – This configuration is also called Reverse Riding the Dragon because a timely Mountain Star is located at the front of the dwelling and a timely Water Star is located at the rear.  These buildings are generally deemed inauspicious, as both Stars are not in their correct position and therefore the occupants may suffer from poor health and financial issues. However a well-trained practitioner can manipulate the external forms to improve the fortunes of the dwelling and its occupants.

3.       Double Stars In Front – This configuration refers to both the timely Water and Mountain Stars appearing at the front of a dwelling or Facing Palace.  Near water (such as a fountain or pond) and distant mountain (such as a tall tree or structure) located at the front of the building can however enhance this scenario and still bring wealth and human harmony to the occupants.

4.       Double Stars Behind –  This configuration refers to both the timely Water and Mountain Stars appearing at the rear of a dwelling or Sitting Palace.  The presence of a strong mountain form (such as a tall tree, fence or structure) and water (such as a pond, fountain or swimming pool) at the rear can enhance this scenario and still bring human harmony and prosperity to the occupants.

So now you see a small fraction of how vital the lo p’an is to the practice of classical Feng Shui and how it holds within its many concentric rings and Mountains a wealth of information to guide us in creating a supportive, harmonious environment and empower us to live our best possible life.