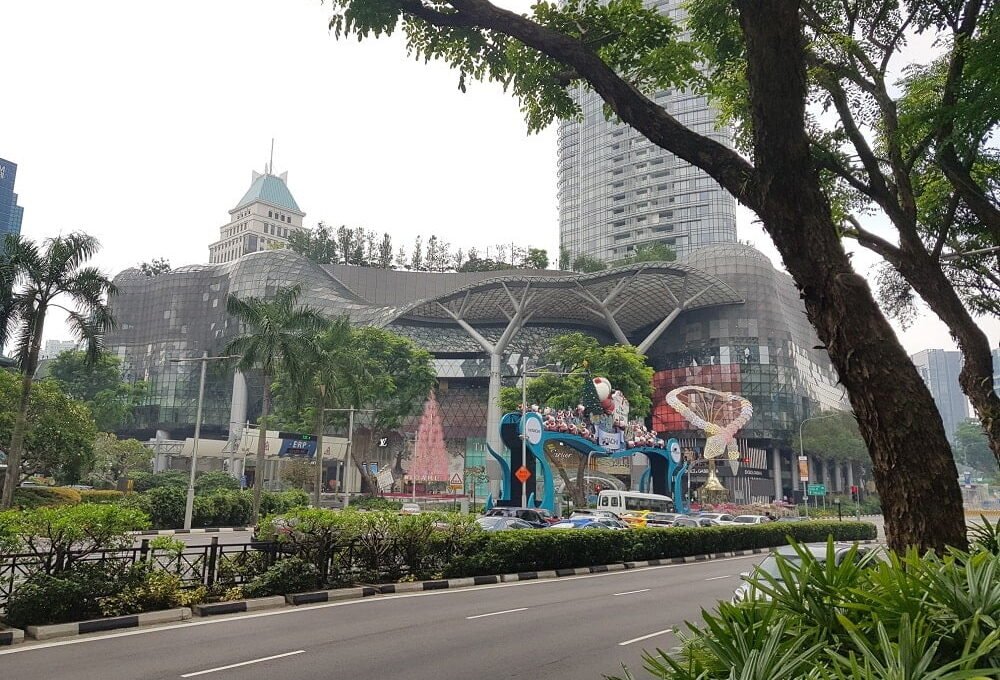 Even a seasoned traveler to Singapore may not be aware of the hidden Feng Shui meanings central to some of the city planning and building architecture.  However, GM Dr. Stephen Skinner provides a glimpse of how a simple road intersection may not be all that it seems.

It is hard to deny the power of the Five Elements of Feng Shui, with catastrophic bushfires, tsunamis and earthquakes being spectacular displays of nature’s energy and a constant reminder of our place in the order of things.

Indeed for centuries, Wood, Earth and, more recently Metal, have been used as the basic building materials responsible for protecting us from the onslaught of nature’s elements.

The Cycle of the Five Elements is the foundation of both BaZi and Feng Shui, with the understanding of the elemental interaction of both the Productive Cycle (Wuxing) and Destructive Cycle fundamental to their practice. Furthermore almost all Feng Shui remedies and enhancements are derived from the 5 Elements.

Two of the most ancient formulas which explain this interaction in terms of the Five Elements are the Ho t’u and the Lo shu, and these will be examined more closely in connection with the eight trigrams. The first portrays the relationships of the five Elements in the Former or Early Heaven Sequence, in their yang aspect.

The Elements give birth to each other in the order shown in Figure 1. Thus, Wood burns to produce Fire, which results in ash (or Earth) in which Metal may be found. Metal is also found in the veins of the earth from which (according to Chinese thought) sprang the underground streams (Water) that nourish vegetation and produce Wood.

The Later Heaven Sequence of the trigrams indicates the destructive order of the Elements. Each Element destroys another in the sequence as shown in Figure 2. Both these cycles are more easily appreciated in terms of the wide range of things covered by the “Elements.”

The Orchard & Scotts Road intersection has four buildings on the corners, one of the oldest buildings is Shaw House which was opened in 1993.  It has two metal bands across the front of the complex and because of this and its shape it is a Metal building.

Across the road is the Tangs Tower, originally the Dynasty Hotel (opened in 1982) and now the Marriott Tang Plaza Hotel   The building form was influenced by traditional Chinese culture and architecture, modeled after the Palaces in the Forbidden City. The color scheme of the C.K. Tang building mimics a traditional imperial palace, it has a top knot and green roof tiles symbolizing the notion of growth and prosperity, it’s straight up, resembling a tall pagoda this is obviously a rectangular Wood structure.

The yellow facade is symbolic of the color of royalty, and the red columns represent happiness. With octagonal decorations consistent all over the building, the 8 sided shape is auspicious as the number ‘8’, pronounced as ‘fa´ in Chinese dialect, implies prosperity.

Apart from the visually prominent octagonal roof form of the tower, there are several other instances of octagonal designs all over the building. These include the floor tiling, column base and ceiling decorations, and railings.  It was clearly built to represent Wood and it’s possible that Wood was significant for the Tang family.

The next corner has the ION Orchard opened in 2009.  This building with its external faceted diamond like design with flat faces on a wavy geometric shape; this facade will reflect any poison arrows or Sha Chi from the busy intersection.  The external supporting tree like columns are purposely rounded so as not to create Sha Chi for either internal or external businesses. Tall residence apartment tower at the back provides support. The overall architecture of the ION complex clearly represents Water.

This cluster of distinctive, colourful figures depicted in urban suits, is designed by Swiss sculptor Kurt Laurenz Metzler, and is the artist’s interpretation of the everyday demographics of city life and of the profiles that visit the mall.

The aluminum sculptures are prominently sited on the steps that lead into the mall and is a favourite photo spot for tourists and locals alike!

A popular attraction are Six statuettes that represent shoppers coming out of the ION shopping mall. The number 6 was recommended as this is a very auspicious number signifying luck from heaven in a feng shui context.

So now we have Metal, Wood, and Water buildings.   Indeed you may suspect that something is going on here, and we can’t say that the various architects did this deliberately, but they might have.

The last building is Wheelock Place also opened in 1993, the same year as Shaw House. The external structure of this shopping mall is conical in shape with well defined sharp edges  it obviously symbolizes Fire.

Whether it is through sheer coincidence or otherwise the Tangs Plaza business was badly affected after the Wheelock Place was developed.  It is possible that without the controlling Water from the ION Orchard complex built later in 2009 that the combination of both the Wheelock Place (Fire) and the Shaw Centre (Metal) had an over powering effect on Tangs Plaza (Wood)

In 1995 the Dynasty Hotel was taken over by Marriott Hotel Group and in 2000 some major renovations were done to the front entrance.  What is surprising is that the configuration was cleverly designed backed by ingenious Feng Shui principles.

A keen observer will notice that on the sides of the front entrance of the Marriott Tangs Plaza there are two huge vases made of clay artistically painted in earthen color.  Also on top of the entrance a round-shaped false ceiling with six spotlights was constructed. As for the path leading  to the reception counter, miniature fountains with 6 running water on each side were built.

So now we have all four Elements except Earth, where is Earth?  As we know Earth is always at the center and is represented as a square.   Earth is infact the road intersection of Orchard & Scotts Roads; giving us all five Elements (Figure 3).

But how does this work?

Metal cuts Wood, Wood drains Water, Water extinguishes Fire and finally Fire melts Metal, its a Destructive Cycle.  Theoretically all four buildings should not do well, so we have to go back and read the classics which say:

“The Element I destroy creates my Wealth”

So these four buildings mutually create each other’s wealth and are at the center of Singapore’s main shopping street.  As long as the structures are not damaged this will keep cycling regardless of the period.  The buildings interaction are not period related.

So in summary I am not sure if the architects are being incredibly clever or if it was an incredibly good accident, but since we are in Singapore I suspect that somebody has deliberately created this co-prosperous arrangement of buildings.

A new student of Feng Shui would say that this can not work with the Cycle of Destruction, but you have to know your classics!

For the benefit of some readers I would attempt to summarize  the forms in which the five elements are represented:

Reference: Some content for this article was kindly provided in April 1998 by Master Chan (曾) via a letter to FSML.