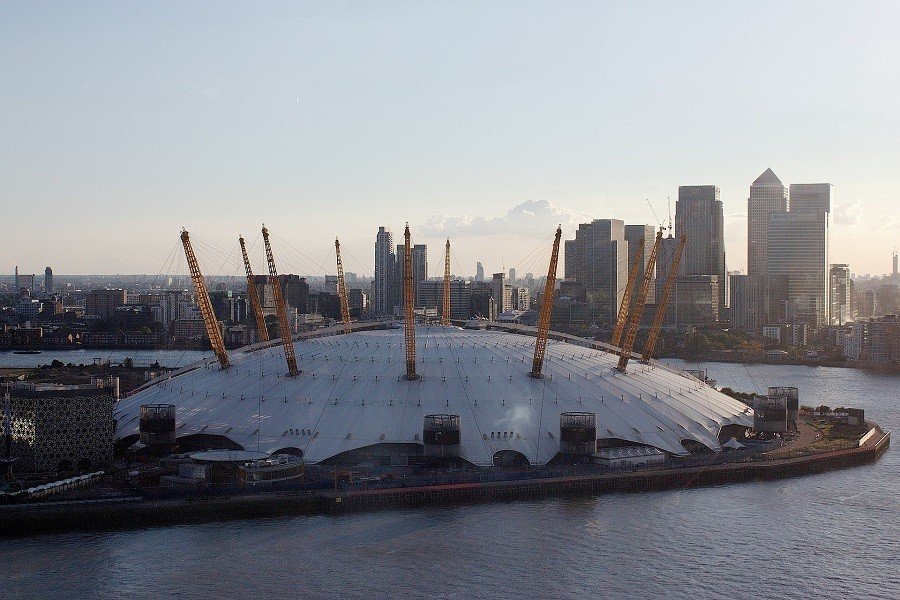 From major hype to bitter disappointment, the Dome has been much publicised. Can this Millennium showcase recoup some lost glamour, and can feng shui make the difference? Helen Oon investigates.

Never before has the creation of a giant marquee caused so much controversy and consternation as the Millennium Dome. As the King of Domes it is probably one of the most criticised public edifices by the media in Britain, and even provoked the Prince of Wales to call it a ‘monstrous blancmange and a crass waste of money’. Seven hundred and fifty eight million pounds worth of waste to be exact.

For that sumptuous sum, the public have the pleasure of visiting via public transport only and being offered grandiosy themed entertainment centring around the mind, body, spirit and virtual reality. But is it really fair to strangle the idea at birth before it is given a chance to establish itself? After all, Euro Disney reputedly took about five years to get off the ground. Could the hostility be partly down to unfavourable feng shui, causing a lack of mentor luck?

After a few months of false starts, in which heads rolled, Pierre-Yves Gerbeau, a Frenchman, was summoned across the channel to sort out the Dome, much to the chagrin of the British I might add, who are still reeling from the French refusal to eat our beef!   Helen Oon went to investigate…

I was surprised to find the underground journey on the new Jubilee line to North Greenwich rather enjoyable. Considering this is the largest underground station in Europe, the slick operation of the new livery trains on that line combined with the bright clean station was fairly pleasant. Taxis, buses, coaches, trains and riverboats also form alternative networks of transport to the Dome.

As you emerge from North Greenwich station, the Dome looms into view. My first impression is one of barrenness due to the absence of landscaping, thus subjecting the area to the mercy of the elements. The wind from the river Thames and its close proximity to the sea, create a forceful vortex of energy circling the tiny round outbuildings dotted around the Dome. These buildings provide the kiosks for souvenirs, food and drink outlets, ticket booths, information centres and cloakrooms for visitors to check in their coats. 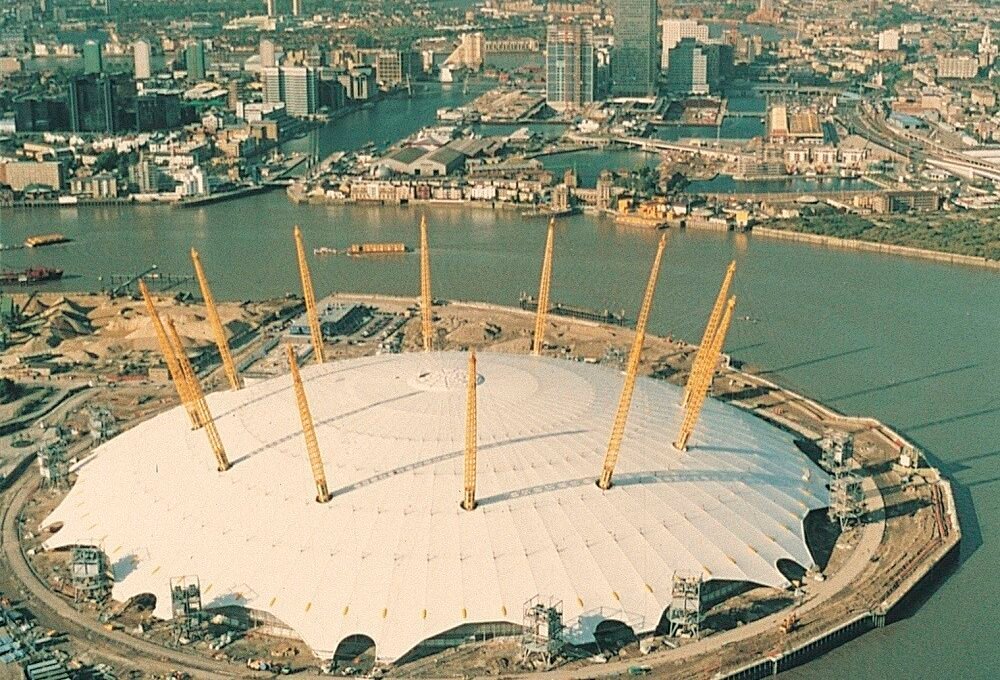 Once inside there is a sense of chaos and the signage is not nearly prominent enough to stand out in such a cavernous space. Despite complaints of low attendance, on the day I was there, the place was teeming with school children shepherded along by teachers who were trying helplessly to get the flock into line without much success. Despite this, the children did bring a lot of yang energy into the Dome and made the place a lot more alive.

School parties anywhere in the UK of up to 100 pupils in each group can visit the Dome on a gratis basis under the Education Tours Scheme. If the Millennium Experience is geared for the educational enjoyment of children, then it has succeeded but maybe the Dome needs to do more than this. I interviewed a handful of schoolchildren ages 6-12 years. Comments like ’it’s cool’, ‘brilliant’, and ‘it’s fantastic’, seemed to be the common consensus amongst the youngsters. Out of the mouths of babes…

Many visitors have complained that brand awareness in the Dome is overplayed, while the entertainment is underplayed. Whilst it is understood that the Dome needs sponsors to exist, the exhibits focus too much on advertisements for the sponsors rather than entertaining the visitors. Perhaps children do not notice the abundance of self-promotion, however most adults will find the advertisements definitely distract from enjoying the exhibits.

The Dome was built on 20 acres of waste land that forms part of the 300-acre Greenwich Peninsula that was once London’s largest derelict and polluted brownfield riverside site. Such a site would normally harbour residual malevolent energy unless proper space clearing has been carried out to consecrate the ground. However, it is also patently obvious that there was no far Eastern influence in the original designs or architecture. No Chinese would have allowed this structure to pass the first stage of design as an upside-down rice bowl with chopsticks sticking out of it symbolising bad luck and reminiscent of death!

The Dome tag line is the ‘Millennium Experience’ and claims to be ‘an international showcase for the best of new British style, design and architecture, so says their media department. In reality, it is more like a confused low budget Disney-like theme park with everything thrown in, ranging from time capsules of the 20th century to the futuristic with a hint of New Age belief. It lacks depth and warmth. 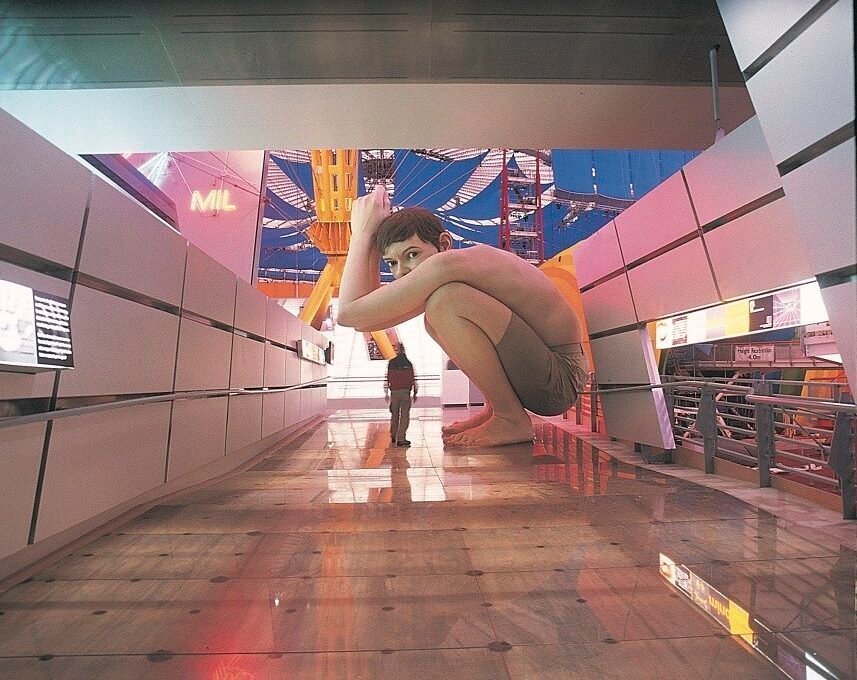 Since this is the year of the dragon, it might have augured well to have a dragon as a mascot, like Mickey Mouse is to Disney World, to give it a sense of identity. The dragon is a very auspicious Celestial animal that would help bestow prosperity and authority on the premise.

The central arena decked out in turquoise blue forms the core of the Dome where daily acrobatic performances take place played out via very poor acoustics. The colour blue indicates the Water Element which symbolises instability in the heart of the building. The tai ch’i or heart of the structure, should instead be ruled by the Element Earth. It would have been more beneficial to have an Earth tone like yellow or terracotta in this area to enhance luck and gather support from the public. Earth destroys Water in the Elemental cycle.

The main entrance is due East, flanked by two side entrances one on either side, thus making it a three-door entrance which definitely confuses the feng shui energy flow. It would have been more auspicious to have just one large grand entrance. The main entrance is further hindered by a huge ‘poison arrow’, emanating sha ch’i from one of the giant 90-metre steel masts which anchor the Dome.

It stands directly in front of the main entrance. A simple remedy like installing lights and suspending floor-to-ceiling advertising banners around the offending steel structure would have put paid to this problem. I strongly recommend this to ‘cure’ this fs problem.

if the entrance had been orientated to face the river thereby harnessing the wealth-enhancing energy of the Water Dragon, and perhaps it would have enjoyed greater popularity with the media, and its attendance would have also been consistently higher. Hopefully with the influx of tourists in the summer and the school holidays, the attendance will improve.

A year is not long enough for the Dome to prove itself a success but alas, a year is all it has, before it is sold to the highest bidder. Perhaps it would do well for the new prospective owners to engage a feng shui master to carry out some fine-tuning and to harness the power of the Water Dragon from the River Thames to capture the true spirit of the ‘Millennium Experience’.

Maybe it’s ‘Time To Make A Difference’ (the Dome’s corporate theme), and echo the modern British optimism for the new century by utilising the ancient practice of feng shui.