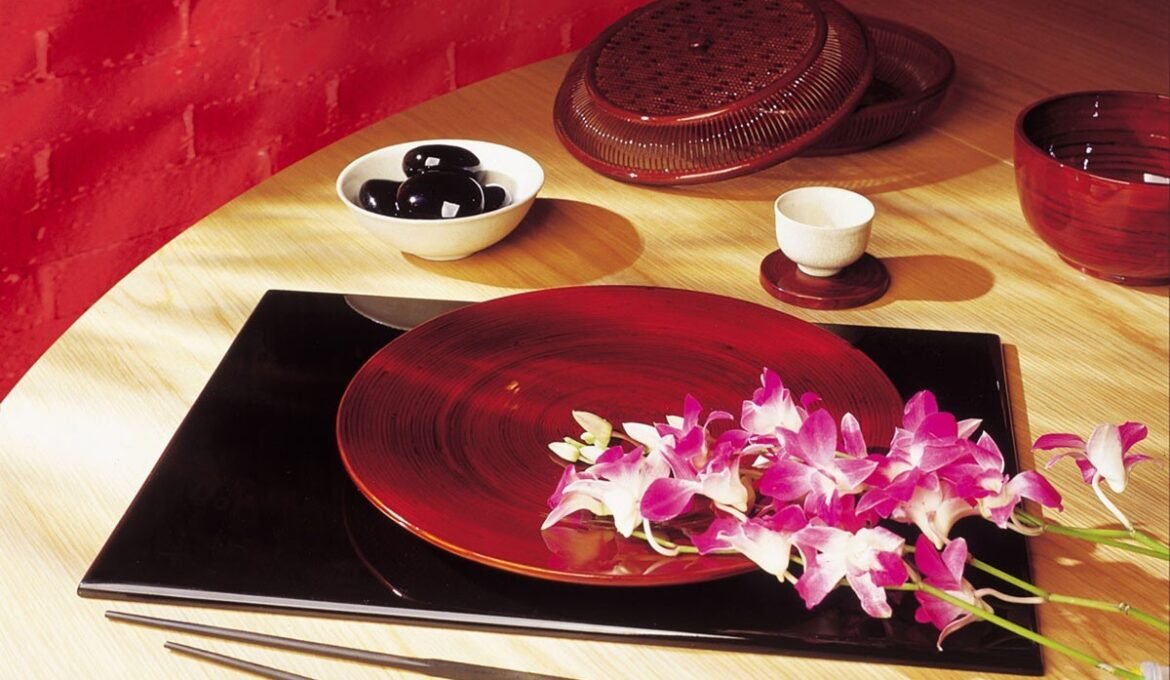 One of the most beautiful but labour-intensive crafts in existence has to be lacquerware. From its origins in China, lacquerware was used as early as the 12th century BCE but became more popular as an art form after 600BCE.

To begin with lacquer was used as a practical way to strengthen and protect various objects made from leather and wood. This was particularly common with leather shields and armour which could be coated and strengthened with layers of lacquer. Sword fittings and chariots were also strengthened in this way and were decorated with intricate patterns and designs.

As lacquer techniques developed, furniture and accessories were coated with black or Chinese red lacquer and decorated with lavish designs. With meticulous precision and detail these designs were painted and carved by lacquer masters, who were inspired by subjects such as nature and literature or characters from history and legends. 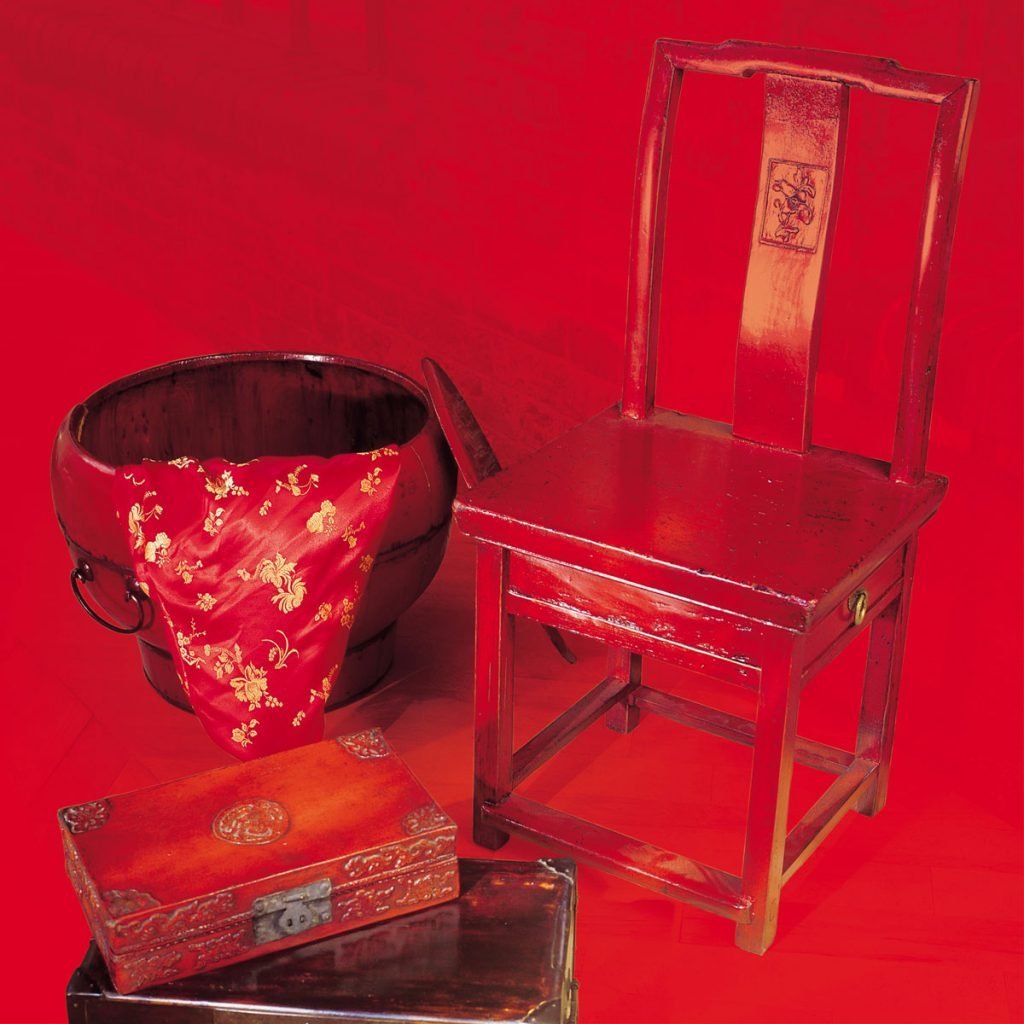 Lacquerware from as early as 600BCE were decorated with symbols and designs that are certainly associated with feng shui. Images of waves (Water), clouds (Wind), White Tigers (West), and Green Dragons (East) were often found on lacquerware from that date. Images of birds and flowers, including phoenix and peonies, were particularly popular as were images of pavilions and lush landscapes. Many historians see these early designs as the foundation from which Chinese landscape painting developed.

The basis for these magnificent lacquer objects is naturally the lacquer itself. Traditionally, sap is extracted from lacquer trees, an indigenous Chinese tree which has flourished throughout China since prehistoric times.

The sap was extracted in the same way as the sap of the rubber tree – notches were carved in the stem of the tree, so that the sap could leak away into containers hung around the trunk of the tree and stored, thickening to a browny-black lacquer. The lacquer produced would then be filtered and processed by various methods to produce lacquer of varying quality. 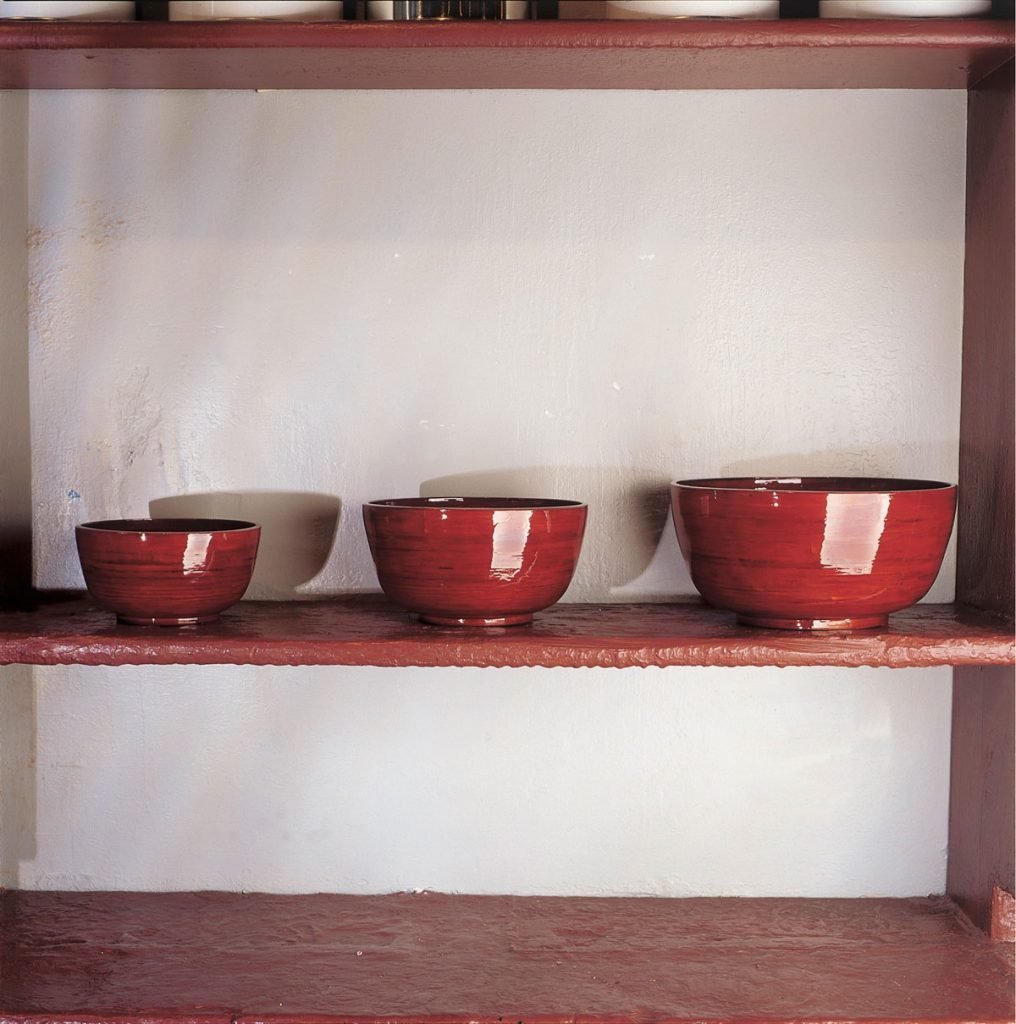 Decorating an object with lacquer was by no means a simple process. Due to the sticky, moist consistency of lacquer, it needed to be applied to objects in layers. As each layer was applied, it
had to harden well before the next layer could be put on. To achieve the smooth finish found on lacquerware each layer had to be dried in

dust-free surroundings. Objects were placed in small wooden lockers, so that dust and other particles had no chance of settling on the sticky lacquer, and then placed in a warm, humid room, which was the best place to harden the moist lacquer. Once it was dry it needed to be buffed smooth by hand before the next layer could be applied.

It was usual for several layers of lacquer to be applied to an object, but up to 30 layers were sometimes laid on. This meant that it could take several months or even years to complete the application of lacquer – the finer the piece, the longer the process. When sufficient basic layers had been applied, the object became the responsibility of the lacquer master – the person who was to decorate the object.

Some decorations were modelled in relief, while others were carved in the lacquer layers using different colours such as red, green, yellow and gold. In another technique powder or pieces of various materials were placed in the still moist lacquer. As the lacquer hardened these materials would set into it. Inlay techniques using metals, mother-of-pearl or coral, were similar and very popular.

The intricate designs and expertise used in lacquerware meant that it was very much a luxury good and was traded throughout the world – its light weight and durability made it ideal for transportation.

Today, whether antique or modern, lacquerware is again popular. Lacquered bowls, vases, trays and household furniture can all be found with intricate designs and smooth shapes. Traditional objects, such as document boxes and rice carriers, are also readily available.

Take a look at some traditional and modern lacquerware and bring a touch of the Orient to your home.