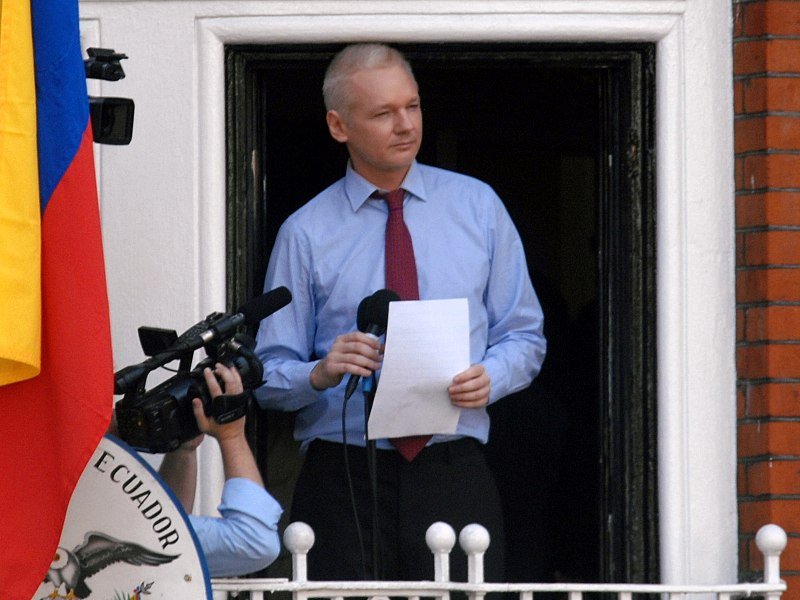 We Investigate the changing fortunes of Julian Assange the founder of WikiLeaks.  Dr. Jin Peh analyses his BaZi Chart to reveal it’s secrets.

Julian Assange, the Australian founder of the website WikiLeaks was arrested at 10:35 am on April 11 this year by UK police at the Ecuadorean Embassy in London, where he had been seeking asylum for almost seven years.

In 2010 Julian called for greater government transparency by releasing highly classified documents and videos which revealed sensitive US military secrets and tactics. A controversial, polarizing character, he is heralded by some as a fearless advocate of free speech, whilst being despised by others as nothing more than a careless hacker.

Regardless he was held accountable for his actions, subsequently charged with conspiracy and sentenced to 5 years jail. Furthermore he was accused of sexual assault, prompting him to seek refuge in the Ecuadorean Embassy in London to avoid deportation from the UK to face these additional charges.

So what sort of man is Julian Assange and what energies and influences have helped to shape the man?  Looking at Assange’s Four Pillars or BaZi will help us to better understand the sequence of events which have led him to this point in his life.

Assange is born on a Yin Earth Ox day, one of the Six Intelligent days. This indicates a highly talented individual with specialized skills. He is also born on a Six Harmony Mentor day, which suggests that he will attract romantic partners who are able to assist him in life.

A Heavenly Stem Combination between the Yang Wood (甲) Month Stem and Yin Earth (己) Day Master of his Birth Chart also indicates professional success and recognition during the middle part of his life. At the age of 35 in 2006 (Yang Fire Dog year), Assange founded the website WikiLeaks, which as previously mentioned, specialized in publishing classified information online.

Furthermore this Heavenly Stem combination reveals a positive relationship with his father, which was clearly evident in a recent interview with 60 minutes Australia in which he defended the actions of his son and expressed a strong desire to see him freed.

For a Yin Earth Day Master, the Special Stars for success are the Ox (丑) and Monkey (申).  Assange has both of these present in his Birth Chart, with the Ox in his Day Branch and the Monkey in his Year Branch. This indicates a person who enjoys success in his life.

For a person born in the Horse (午) month, the Heavenly Mentor or Sun Helper Star is the Pig (亥). This is also present in Assange’s Year Branch, which suggests a person who receives assistance from male mentors in his life.

In addition, the Heavenly Happiness Star for a person born in the Horse month is the Ox, which is present in Assange’s Day Branch. This implies that he generally is someone with a positive and optimistic attitude to life.

Adding to all of this is the Yang Wood Horse Month Pillar (甲午) in Assange’s Birth Chart, which is a Remedy Pillar. This suggests a person who is able to solve problems.

So we see a range of Special Stars in Julian’s Birth Chart which all contribute to a rather unique, complex man who is capable of achieving success, accomplishment and notoriety.

Please note that there are no Earthly Branch combinations present in Assange’s Birth Chart, which means that he has a Changing Chart which depends on his Luck Cycles or Annual Stems and Branches.

When Assange was arrested, he was in the Tiger Luck Cycle (age 44 to 48), which formed a Partial Three Harmony Fire Combination with his Horse Month Branch. As Assange is a Yin Earth Day Master, Fire represents his Resource element. Assange became a Follow Resource (Fire) chart during this period, with the following favourable elements:

Furthermore problematic Earth Rivals were present on the Day and Month of his arrest, with another Yang Earth Rival also in the Dragon Month Branch.

Jin Peh has written two books on the Four Pillars of Destiny: Exploring Water Charts (2016) and Exploring Metal Charts (2017). He has also co-authored three books on the subject with his teacher Lily Chung: Discover Your Code to Success (2013), Finding Your Life Partner (2014) and Your Life Numbers and Hexagrams from the I Ching (2015).