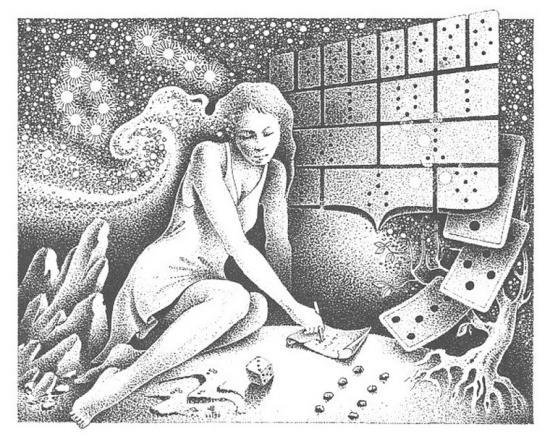 How many times have you seen Feng Shui interpreted as geomancy? How many practitioners identify themselves as geomancers? Have you ever wondered how feng shui came to be called Geomancy?    GM Dr. Stephen Skinner explains why

In the 19th century when missionaries were trying to come to terms with Chinese culture they became aware how many Chinese concepts did not have a corresponding English word. Words like qilin were randomly translated as ‘unicorn,’ despite the fact that the qilin looks nothing like the horse with a single horn. And so it was with ‘feng shui’.

Before the 1870s there was no accepted English translation of the Chinese term ‘feng shui’. In 1870 a missionary, Rev. Matthew Tyson Yates (1819-1888) decided to write an essay about feng shui in a Baptist newspaper in an attempt to explain this strange Chinese practice to his fellow missionaries.

Other missionaries like Eitel and Edkins followed his lead, and so began the confusion surrounding this term. Sadly ‘geomancy’ was in fact a totally different subject that had been around for almost a thousand years, and had no relationship whatsoever with feng shui.

As we all know feng shui is concerned with the interrelation of man, his buildings and tombs with the life force, or ch’i/qi, which flows through his environment. Feng shui is a Chinese practice that dates back more than two thousand years to before the Chin (Qin) dynasty, and has nothing to do with Western divinatory geomancy.

So what exactly is Western divinatory geomancy? It is a method of answering questions and foretelling the future. Let me here state the obvious that feng shui is not a form of divination as it is concerned with changing luck, rather than predicting the future. Geomancy originated as a practice in North Africa, where it was called Khatt-al-Raml.

It crossed to Europe where it was translated into Latin and called ‘geomancy’, divination by earth. There are literally thousands of books written about geomancy in Arabic, Greek, Latin and almost every European language especially German. It is a practice that was well established long before the Reverend Yates stumbled across the word and totally misused it.

Geomancy depends on the generation and manipulation of 16 figures made up of dots.  In the Featured Image (Top) you can see a girl generating the geomancy figures which are inserted into the layout in the background, using dice and lines marked in the sand.

You can see the same thing in a much older (12th century) manuscript which was one of the first Latin books of geomancy (Figure 2).

These dots are then combined together using a series of rules. To speed up the process, Arabic practitioners even devised complicated machines to do the calculations. In fact these machines, which were built in the 13th century, long pre-date any European calculating machines and deserve to be called the first computers (see Figures 2 and 3). It is ironic that these, the first computers, were tasked with calculating fate, rather than just doing boring accounts.

After the figures were generated, the next move was to look up the answer. From the 17th century to the present day, geomancy was usually found in the form of long tables answering all sorts of questions about money, love life, war, children, chances of imprisonment, illness and so on. (Figure 5).

In conclusion, as you can see feng shui is definitely not geomancy.

Footnote: In the last few decades of the twentieth century the term ‘geomancy’ was also mis-applied to the study of megalithic alignments and ley lines in the UK and Europe, and was often used to describe the application of sacred geometry to these structures, but that usage has no connection with either the original divinatory practice, or to feng shui.