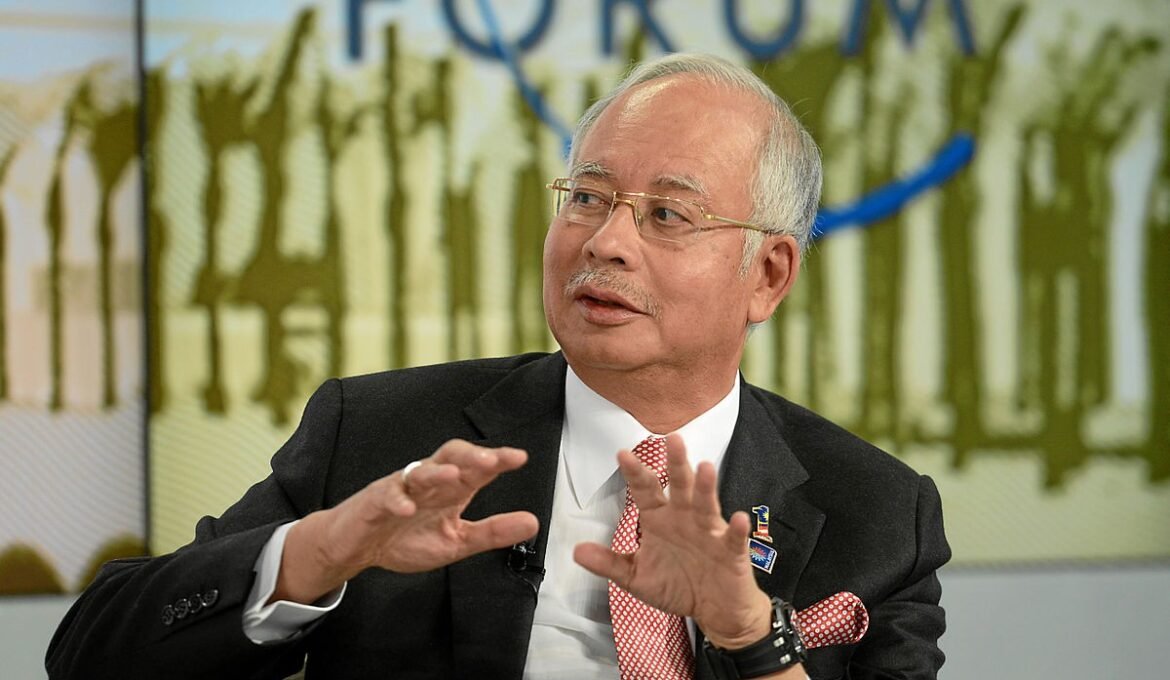 Ex-Prime Minister Najib Razak was soundly defeated by his former mentor and by the combined determination of the Malaysian people.  Destiny was on their side, as the ancient practice of BaZi (Chinese Astrology) reveals

My husband and I first visited Malaysia in 1983 and traveled through this amazing country via bus, car, train and ferry all the way from Johor Bahru to Malacca, Kuala Lumpur, Cameron Highlands and Penang.  In the process we fell in love with its diverse culture, rich history, delicious food, tropical beaches, majestic mountains and friendly people.

Since then we have returned many times and often admired not only its strong sense of self, but also its national pride.  Sadly over the last few years we began to hear our Malaysian friends express their concerns and sometimes even anger at the direction in which their beloved country was heading, under the leadership of former Prime Minister Najib Razak.

Suffice it to say that Malaysia did not flourish in quite the way that Najib promised it would during his many election campaigns; but instead his government was rife with allegations of corruption, mismanagement and even brutal acts of suppression.

In fact by the time this year’s election came around the Malaysian people had decided that enough was enough and quietly came together with a unified plan to defeat him at the polls.

Najib selected a mid-week polling day to make it as difficult as possible for the Pakatan Coalition supporters to travel back to their hometowns to vote. Many work in Kuala Lumpur or nearby countries such as Singapore and after Tony Fernandez (CEO of Air Asia) was pressured to cancel extra flights, it made a difficult journey for these people almost impossible.

However Destiny was on their side, as the ancient practice of BaZi (commonly known as Chinese Astrology) reveals. Najib was confident that the election date he had chosen would ensure his victory, but in reality it sealed his fate! To fully understand how this resounding loss came about, we must first examine his BaZi Chart in order to determine its qualities and useful elements.

Unfortunately Najib’s time of birth is not available on the internet and this deprives us of some important information, as it is the Hour Pillar which gives us the most relevant insights into the latter part of life.

We do however have the 23rd July, 1953 as his official date of birth, which still allows us to look at his Year, Month and Day Pillars, as well as his Luck Cycles to see what energies and influences he is currently subject to.

Najib is a Yin Wood (乙) Day Master who is born in the Goat (未) month and whether you employ the Weak/Strong or Dominant Flow method of BaZi analysis, his Useful Elements of Water and Wood remain the same.

In the case of the Weak/Strong method, Najib’s Yin Wood Day Master (乙) is born out of season in the Goat (未).  Nurtured only by the Pig (亥) in his Day Branch and Yin Water (癸) in his Year Stem, this would be classified as a Weak Wood Chart.

Using the Dominant Flow method, the Pig (亥) in his Day Branch forms a partial 3 Harmony Combination with the Goat (未) in his Month Branch.  This creates a prevalent Wood flow and results in a Dominant Wood Chart.

In either case Water (Resources) and Wood (Self-Element) are the most favorable elements for Najib; plus in the case of a Dominant Chart he can also make use of his Output element of Fire.

This means that Earth (Wealth) and Metal (Power) are generally considered to be problematic, with the exception of Yang Metal (庚) which has a Heavenly Stem Combination with his Yin Wood (乙) Day Master and can bring power, career recognition and success to him.

Before we move on to look at his election loss, it’s worth taking a moment to examine Najib’s Birth Chart to see what sort of man he might have been, had he lead an honorable life of public service.

People with Dominant Charts are usually capable, successful and often associated with heads of state and world leaders. They can also be known for their courage, ambition, foresight, restraint, responsibility and generosity.

Furthermore his Day Pillar of Yin Wood/Pig (乙 亥) belongs to the Smart Group of Ten (Shi Ling), which tells us that he is highly intelligent, perceptive and adept. The presence of the Pig (亥) in his Spouse Palace also shows that his wife is supportive and helpful.  However in this case Rosmah Mansor was unable to bring her husband luck, as she is going through a negative Luck Cycle of the Fire Horse (午).

Looking back through his life, we can see that the majority of Najib’s Luck Cycles have been ruled by his favorable elements of Water, Wood and Fire, so it seems that he has indeed enjoyed a very long period of good fortune and personal prosperity.

Apart from Yang Earth (戊) in his first Luck Cycle (5 to 9 years of age) and the Snake (巳) in his second Luck Cycle (20 to 24), Najib seems to have had a very fortunate, privileged life; which in part may have contributed to his sense of entitlement, rather than a dedicated service to his country.

In fact the Snake (巳) in his Year Branch seems to also suggest that he may well have experienced some turbulence or conflict during his early, formative years.  This is because it contains his unfavorable element of Yang Earth (戊), plus its part of the 3 Harmony Metal Combination, which creates a Metal/Wood conflict for him.

At 64 years of age, Najib falls under the influence of the Ox (丑) which has dominated the second half of his current Luck Cycle from the age of 60 to 64.  The Ox (丑) of course is considered to be a first class Earth element, so is definitely not to his liking.

Hidden inside the Ox are more unfavorable elements of Yin Earth (己) and Yin Metal (辛), plus the Ox (丑) clashes with the Goat (未) in his Month Branch and disrupts the very important 3 Harmony Wood combination with the Pig (亥). This series of negative influences had the potential to create turmoil for Najib and present the Pakatan Haraban Coalition Party with the opportunity they needed.

So it appears he was on borrowed time, particularly from mid-2017 onward when the Metal Rooster (酉) kicked in.  In fact his only support has been from those individual years which contained his most beneficial elements of Water and Wood, notably Yang Wood (甲) in 2014 and Yin Wood (乙) in 2015.

However he was left vulnerable once these annual influences ran out mid-2017 and the Yang Earth Dog year (戊 戌) arrived in 2018.  It seems that even Najib could not withstand this combination of strong Earth energies in an unfavorable Earth Ox (丑) Luck Cycle!

This brings us to Wednesday the 9th May; the date chosen for the election. A Yin Metal/Ox day (辛 丑) was selected for this all important event and according to the 12 Officers method of Date Selection it is an Accomplish Day, which is generally deemed good for the pursuit of prosperity, promotion or status.

However this day was dominated by his least favorable elements of Metal and Earth.  Furthermore the Yin Fire Snake month (丁 巳) of May was not good for him and altogether they ultimately dealt him a resounding loss, rather than the victory he anticipated!

In fact if either the day before (Yang Metal/Rat – 庚 子) or the day after (Yang Water/Tiger – 壬 寅) had been selected, then Najib would have benefited from the support of his most favorable elements of Wood, Water and Yang Metal.

So it seems that destiny played her trump card on Wednesday the 9th May, as she brought together a bad day, a bad month, a bad year and a bad Luck Cycle to drive the last nail into Najib’s political coffin!

And she did it just in time because on the 23rd of July 2018 Najib turns 65 and enters a new Luck Cycle.  This 10 year period features his most favorable elements of Yang Water/Rat (壬 子), which would have made it more difficult to defeat him as he would have enjoyed the support of beneficial energies and good luck.

Furthermore from the middle of 2019, the supportive influence of the Pig (亥) comes along, followed by Yang Metal/Rat (庚 子) in 2020. This suggests that he might temporarily avoid most of the repercussions associated with corrupt politicians.

However the reappearance of Yin Metal Ox (辛 丑) in 2021 is likely to be difficult for him and in fact this could be the time when he really does have to answer for his actions.

So in summary if Najib had been able to wait until after his 65th birthday for the election and then chosen a favorable day in the latter part of this year, such as the Yin Water/Pig month (癸 亥) of November or the Yang Wood/Rat month (甲 子) of December, then we might have seen a much closer result in the polls.

In fact an election date in the latter part of 2019 (己 亥) or 2020 (庚 子) would have served him the best, but even an earlier day this year such as Thursday the 16th August held more promise.  Not only was it an Accomplish Day, but much more importantly it was a Yang Metal/Dragon day (庚 辰) in a Yang Metal/Monkey month (庚 申).

Unfortunately for Najib, Parliament was legally required to dissolve on June 24th, so his choice of election dates were limited.

It seems that another term in office was not to be and ultimately destiny, his own questionable actions and the united democratic votes of the Malaysian people decided it was time for Najib’s less than honorable political career to come to a resounding end.