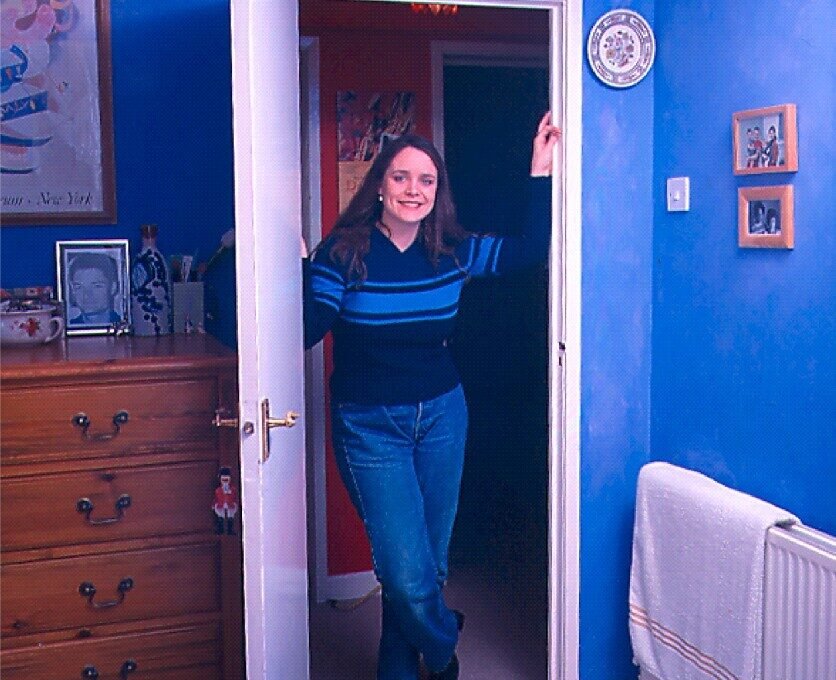 How can feng shui help you to get that big break?  We look at the one bedroom flat of an actress who is seeking fame and fortune

At the age of 29, Irish actress Brett O’Brien has already had a taste of stardom. She appeared for over a year in the popular UK teen-soap Hollyoaks and has made her mark all over the country in stage versions of such classics as Tess Of The D’Urbervilles, where she played the eponymous heroine. However, the big break that Brett has always dreamed of has so far eluded her and so she decided to call in the feng shui experts for help.

We asked James Lye, a feng shui consultant who studied under Grand Master Yap Cheng Hai, to assess Brett’s one bedroom flat in Borough, South-east London. The flat is on the top floor of a large house and Brett has painted it throughout in bright, primary colours which reflect her cheery personality.

Feng shui is a subject which has always interested her but she was wary of trying to implement cures by herself. ‘I always thought that if you wanted to do it, you should do it properly and call in someone who would know exactly what they were doing.’

Overview Of The Home

Brett was born in the Chinese year of the Monkey and her Kua number is 1, meaning that she is an East group person. Although the ch’i flow in the general surrounding area of her flat is settled and well balanced, the main front door to the building faces North-east, which is quite inauspicious for Brett.

In addition to this, the main door to her flat faces North-west and, as the toilet is located directly opposite across the hallway, energy will flow directly into the flat and straight out again through the toilet if the bathroom door is not kept closed at all times. With these factors against her, it is even more important to rearrange the interior of Brett’s flat in order to improve her fortunes. 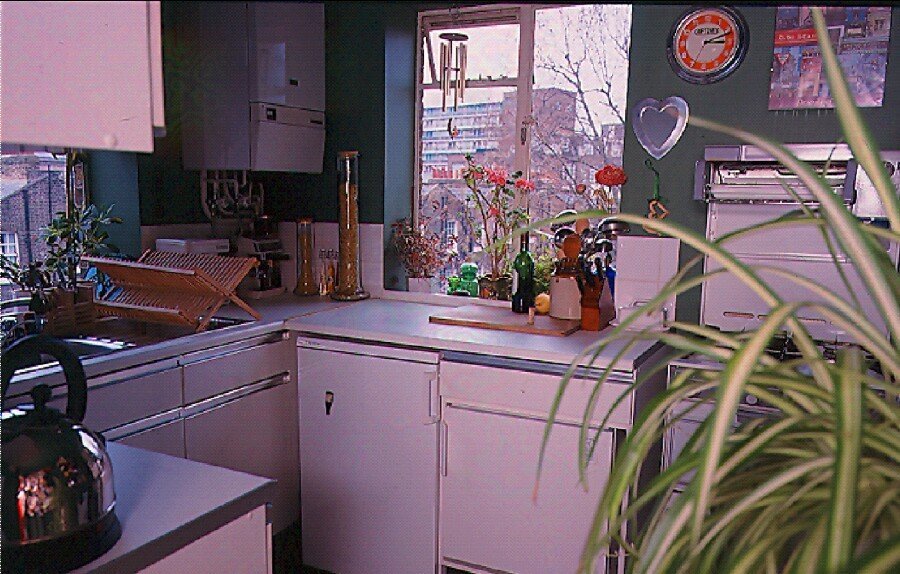 As an actress, Brett’s main concern is to win herself a part which will propel her on to greater things. Since moving to her current flat four years ago, her work situation has improved, though not at the pace that Brett was expecting. The Fame and Recognition sector, located in the South, is in Brett’s kitchen, which is painted in a deep shade of green.

As red is the colour associated with this Direction, placing a bowl of fresh red flowers or perhaps a red candle in the Southern corner of the room would help to stimulate positive ch’i. In order to energise this sector effectively, James recommended that Brett activates the area with bright lights and symbols which represent fame – perhaps some stars or objects which signify acting success to her personally.

The mouth of the cooker also faces North-east, which is not auspicious for an East group person and, if possible, Brett should rearrange the kitchen to face her oven towards the South-east, which is her most auspicious Direction. This could prove to be difficult, as the property is rented but Brett has a long-term lease which may allow her some freedom to make more permanent changes.

Although in no hurry to settle down, Brett has been single for some time and would like to work on creating new romantic relationships. The sector associated with this is located in the South-west where Brett’s bedroom is. The bed itself points South-west which, being Brett’s most inauspicious Direction, must be changed.

James suggested that she orient the bed to point to the South, as well as adding some feng shui symbols, such as a pair of mandarin ducks, red roses or a painting of a couple to energise the Marriage and Relationships sector. As the bed is also currently beneath a window, meaning that there is no support from behind whilst Brett sleeps, this rearrangement of the bedroom furniture is vital if good feng shui is to be created.

In common with most people, Brett’s bank balance could do with a little feng shui enhancement. Located in the South-east sector, which in this case falls in the bathroom, it is very important to keep any plugs in their holes, the toilet lid down and the door closed. In the living room,

James suggested that an aquarium placed in the South-east corner would activate positive ch’i, enhancing Brett’s wealth prospects. Interestingly, Brett’s living room wall already sports a large painting of a bowl containing eight goldfish – maybe she could add a black fish to the picture herself! As much of Brett’s time in the living room is admittedly spent ‘glued to the television’, she already enjoys good feng shui as she faces directly South-east whilst watching the TV. 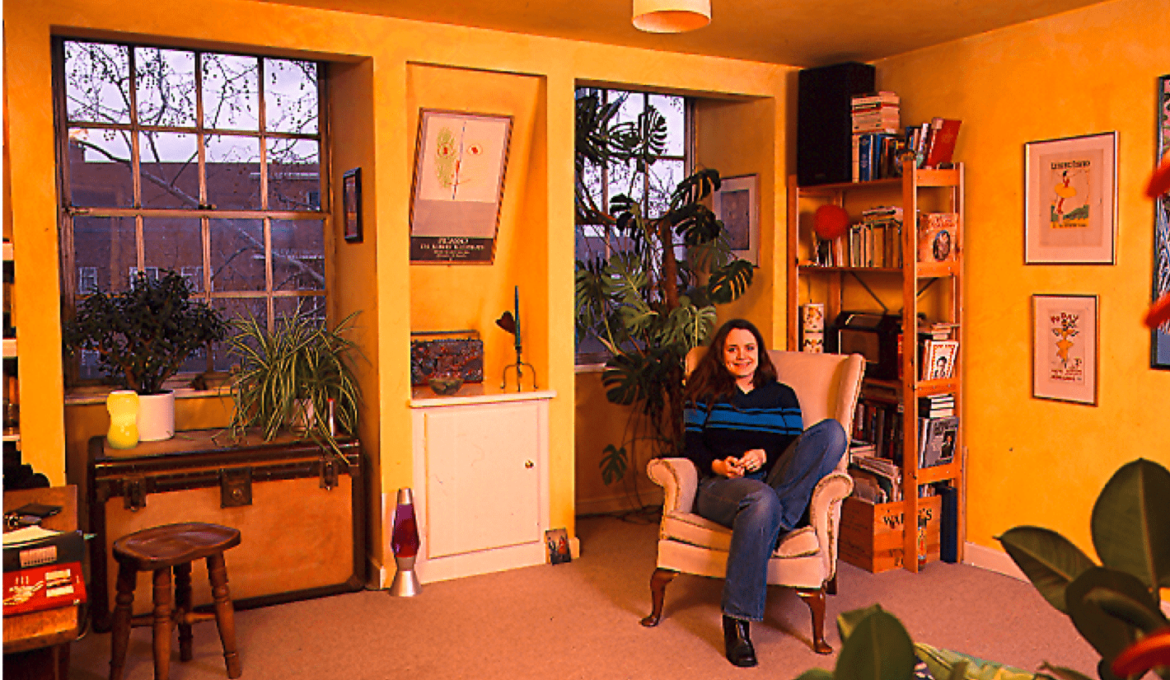 Brett was surprised at the results of her first feng shui analysis. ‘I found the whole subject much more complex than I’d anticipated. I thought it would simply be a matter of rearranging some furniture or adding plants here and there. I didn’t realise that your year of birth influenced the directions in which things should face’.

As she is a Water sign, James had suggested that it may be a good idea for Brett to paint her living room in associated colours, perhaps blues or greens. However, Brett is already happy with the yellow shade that she has chosen. ‘I found that there was some conflict because some of the areas which needed improvement were areas that I was already very comfortable with, or which make me feel good.

Aesthetically, I am very happy with my choice of decoration and I would find it hard to implement some of the changes which James has recommended.’ However, Brett is now planning to add some blue and green cushions and a rug to match her deep blue sofa, harmonising the colour scheme with her Water sign.

Most of the other minor changes which James suggested will be easy to make, though Brett freely admits that moving something like the oven may be impossible. ‘It’s frustrating that with so many constraints on space, I’m not able to make all the changes I’d like to.’ Adding red flowers and mandarin ducks are very simple solutions to stimulate positive ch’i and these enhancements will improve the areas of Brett’s life with which she is most concerned.

As someone who knew very little about feng shui before James’ visit, Brett had to admit that she was impressed with the number of positive recommendations he made, and is now looking forward to carrying them out and making feng shui work for her.