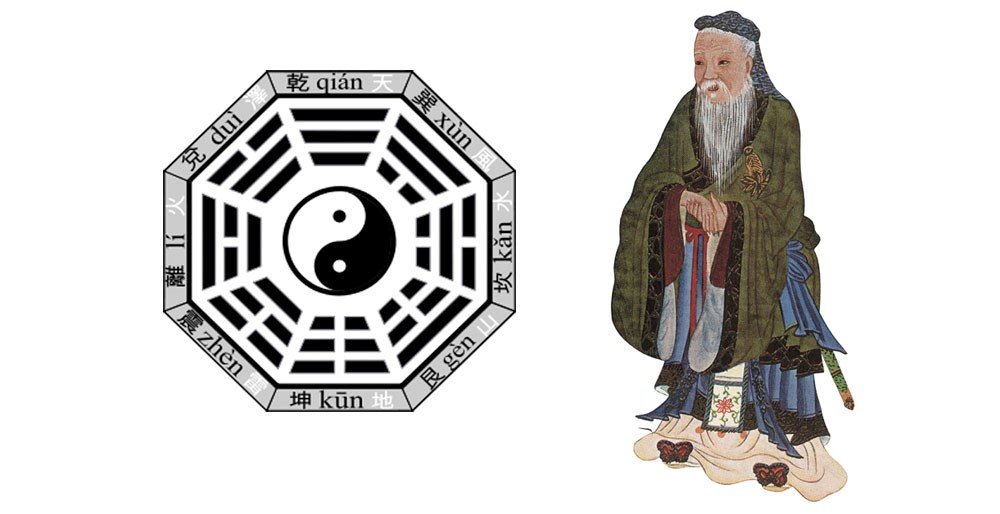 According to legend, the Sage and Emperor Fu Hsi discovered the pa kua or Eight Trigrams as markings on the shell of a tortoise. From these he is said to have created the ancient divination classic the I Ching, or Book of Changes. William Fancourt traces its influence on feng shui

Although it pre-dates them both, the I Ching is claimed by Confucian and Taoist traditions alike. Even Buddhist scholars wrote commentaries on the I Ching as means of integrating their concepts into the mainstream of Chinese thought. Feng shui is most closely related to Taoist traditions concerning the I Ching, particularly the complex cosmological systems from which symbolic, numerological and astrological methods developed.

The Origins Of The I Ching

The I Ching itself comprises 64 Hexagrams, composed of six either solid or broken lines. Each Hexagram has a particular divinatory significance and each of its six lines has a text attached to it which represents a stage or development within the context of the Hexagram’s overall meaning. This core text was undoubtedly compiled from a number of different, earlier sources but achieved its current form during the eighth century BC.

Thereafter, the core text of the I Ching accreted a vast commentarial tradition. The earliest of these commentaries date from the second and third centuries BC and are traditionally attributed to Confucius.

Although they are not by him, they reflect early Confucian values. These commentaries were appended to the I Ching as the so-called 10 Wings, becoming part of the authorised version, and were raised to the status of a classic in the year 136BC.

Some modern scholars have questioned whether there is any basis for the traditional belief that the Hexagrams of the I Ching are composed of two Trigrams, arguing that the Trigrams were derived from the Hexagrams. Traditional beliefs are, however, proving remarkably resistant to such attempts to demolish them.

The Shuo kua or Discussion of the Trigrams, one of the 10 Wings, is of particular importance to feng shui. This document sets out the symbolic attributions of the Eight Trigrams still extensively used in feng shui today.

The Shuo kua probably dates from the second century BC. However, earlier historical records survive in which diviners clearly based their interpretations upon the inter-relationship between Trigrams rather than the text of the I Ching.

The argument that the Trigrams are derived from the I Ching’s Hexagrams partly relies on the secondary nature of sources such as the Shuo kua. But a closer examination of the I Ching would suggest that the pa kua are at least contemporary with the original text of the I Ching.

Eight of the 64 Hexagrams consist of apparently ‘doubled’ Trigrams. In a number of cases the characters of the Hexagram title, which are the same as those of the Trigrams themselves, are repeated. And, certain symbolic attributes reoccur in the texts attached to particular three-line configurations within a series of Hexagrams.

K’an is a good example. Hexagram number 29, The Abysmal, is composed of the Trigram K’an doubled. Not only does this Hexagram’s Judgement text open with the characters ‘K’an repeated’, the third line text makes a similar reference. We also find that in many of the line texts attached to other Hexagrams in which the K’an configuration occurs there are references to danger or the line is considered inauspicious.

Taken together, this evidence in the core text would strongly suggest that the pa kua were an integral part of the original I Ching and that their symbolic attributes may have formed the basis of the divinatory meanings of the Hexagrams.

The so-called King Wen circular arrangement of the Trigrams presents us with similar historical problems. The Shuo kua includes a passage which describes the Trigrams in pairs. If this sequence of pairings is arranged in circular form we have the King Wen Arrangement.

The first known diagrams actually showing the King Wen and the so-called Fu Hsi circular arrangements do not occur until the 11th century. However, they are believed to have been derived from older Taoist sources, who in turn inherited them from the I Ching apocrypha, written during the first century BC.

While we trace the historical development of circular arrangements of the Eight Trigrams to at least the Han period, it seems highly unlikely that the passage in the Shuo kua is merely fortuitous. Again, if we look at various references in the core text of the I Ching we find evidence at least of the Shuo kua’s source.

Hexagram number two, The Receptive, is the doubled Trigram K’un, composed entirely of yin lines. Its Judgement text advises to seek ‘friends in the West and South, foregoing friends in the East and North’. Traditional commentators point out that, in the King Wen Arrangement, the West and South are occupied by the ‘female’ Trigrams Tui and Li whilst the East and North are the positions of the ‘male’ Trigrams Chen and Kan.

Hexagram number 39, Obstruction, is composed of the Trigrams K’an, the Abysmal, over Ch’ien, Keeping Still. Its Judgement text tells us that the ‘South-west furthers, the North-east does not further’. One of the symbols of Ch’ien is a mountain, representing the obstacle described in this Hexagram.

If we refer again to the King Wen Arrangement we find the Trigram Ch’ien in the North-east, and the I Ching counsels going in the opposite direction, South-west; that is the other Earth Trigram, K’un.

If that is indeed true, then we may have evidence that some of the principles which modern feng shui derived from the I Ching extend back at least three thousand years. Further research on the I Ching may therefore continue to yield important results for the study of feng shui.