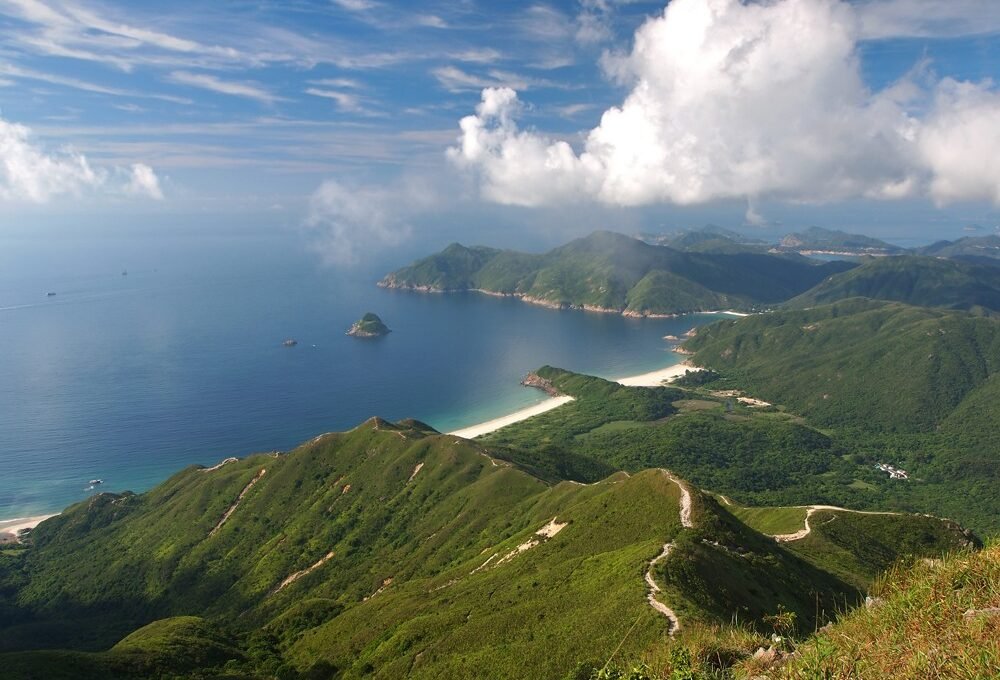 As an entity, our planet contains its own type of energy, or earth ch’i, whose measurement forms the basis of feng shui practice. We go in search of this elemental energy

The landscape that surrounds us is as much a living, breathing part of the world as we are. Ch’i, or the breath of life, is energy that is active at every level in the universe from the smallest vein in the body to the vast expanse of the solar system. In fact, there is nothing that could stay alive without its presence.

Within human beings, it is the energy that flows through the acupunc­ture meridians of the body. In the earth itself it takes the form of invisible underground currents and the energy flowing through water and, above the surface, that carried by the wind.

Ch’i in all its Forms

It is important to recognise that ch’i exists in many forms and varies at different points in time. In fact, it is the changing nature of this energy that gives rise to the abundant diversity of life on earth. According to the Chinese, ch’i can be broken down into three main categories. First of all, there is earth ch’i (ti ch’i), otherwise known as host ch’i, whose ‘pulse’ runs through the earth and along its watercourses.

Secondly, there is heaven ch’i (t’ien ch’i), or guest ch’i, which is tied up with the regular cosmic cycle of seasons and may overule the effect of earth ch’i. And thirdly, there is weather ch’i which has five components – rain, fine weather and sunshine, heat, cold and wind. These interchangeable elements act as a mediating factor between earth and heaven ch’i and sometimes they may even have some small influence over both.

Traditionally, feng shui practitioners endeavoured to understand the continual, yet irregular, accumulation of earth ch’i at certain points in the land. By using the lo p’an compass, they found that energy levels in the earth differed from place to place, from direction to direction and also through time. Flat open spaces for example, have totally different energy

levels to deep valleys or mountain ranges. In fact, each landform configuration, from rivers to valleys, is associated with its own particular type of energy. Fast-flowing, shallow streams and rivers disperse ch’i, as do mountains and hills that are exposed to strong winds.

On the other hand, pools of water and low-lying valleys encourage ch’i to stay and are sources of peace and quiet. These places are where the energy is strongest.

In feng shui, the 12 Earthly Branches reflect the movement patterns of earth ch’i. Each one of the Branches represents a point in time in the yearly seasonal cycle. When combined with the 10 Heavenly Stems, which chart the course of human life from birth right through to death, the Chinese were able to measure both time and space with an astonishing level of accuracy (see pages 84-85 and 12 Earthly Branches).

In Search of the Dragon’s Lair

By pinpointing where the favourable flows of ch’i are, feng shui practioners are able to identify the best sites to locate houses, grave sites, villages and even whole cities. The picturesque phrase for this is tapping the ‘veins of the dragon’.

By using observation techniques as well as divinational tools such as the lo p’an compass, one can locate where the major sources of beneficial earth ch’i have gathered. These points are, in feng shui terms, the most auspicious sites for those who choose to live or work there.

So next time you are thinking of moving or building a new house or business, keep in mind that right beneath your feet lies a wealth of dynamic energy waiting to be tapped.