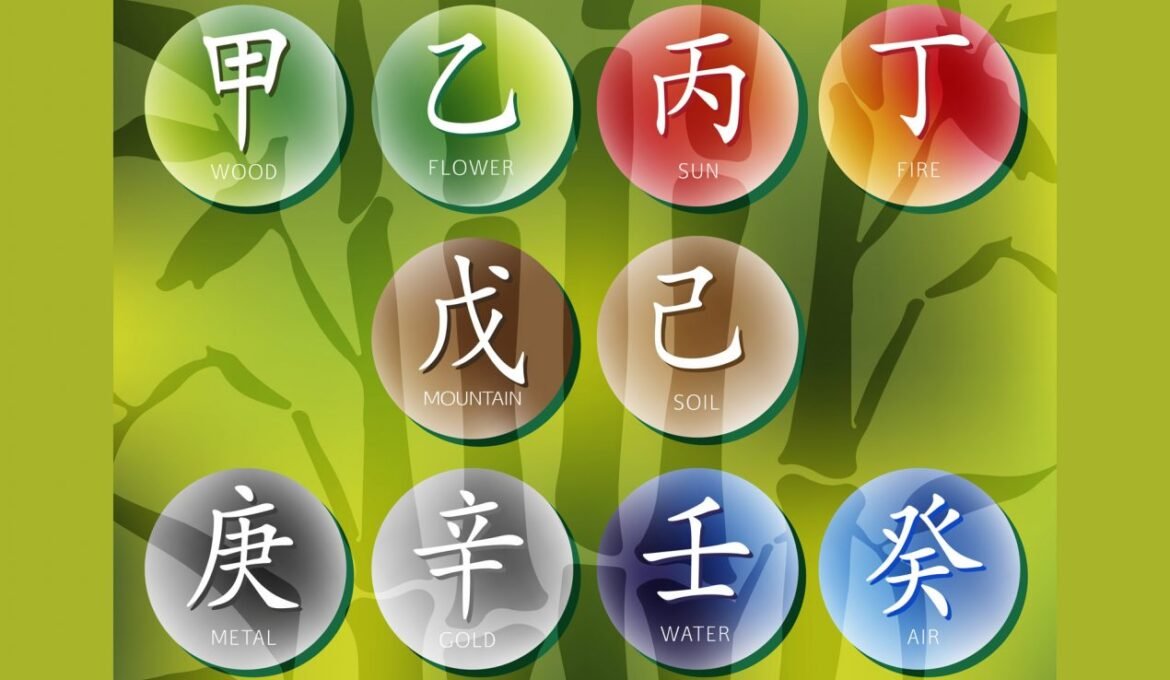 The cycle of 10 Heavenly Stems co-exists in Chinese thought with the 12 Earthly Branches. We will be examining the Branches in greater detail in the next issue. Matching these two cycles together gives us the cycle of 60 which is used to measure both years and days.

The characters for the Heavenly Stems are very ancient, and it is said that they may refer to an early 10 day week. There is no proof for this, and it is unlikely, since the Chinese calendar was geared to the 29.5 day cycle of the phases of the moon.

With the development of astronomy people began to use the 10 Heavenly Stems to record time, so for example the 1st May 1998 would be the day of chia (Stem 1), month of wu (Stem 5) and year of wu yin (Stem 5 combined with Branch 3).

Each Stem corresponds to one of the Five Elements and also to the 12 ‘zodiacal’ animals.

On the feng shui compass the Stems belong to the ‘Heaven plate’ and are more associated with the cosmic processes than with the 12 Earthly Branches. In Form School feng shui the Stems serve as markers for the confluences and directions of water courses. Stems are representative of water.

Chinese traditional sciences combined the Stems with the theory of ch’i, each Stem representing a type or state of ch’i. It also linked ch’i and time together, and used the Heavenly Stems to represent the state of the universe.

The stages of life development, and different forms of ch’i are also represented by the
10 Heavenly Stems which chart life from birth to death.