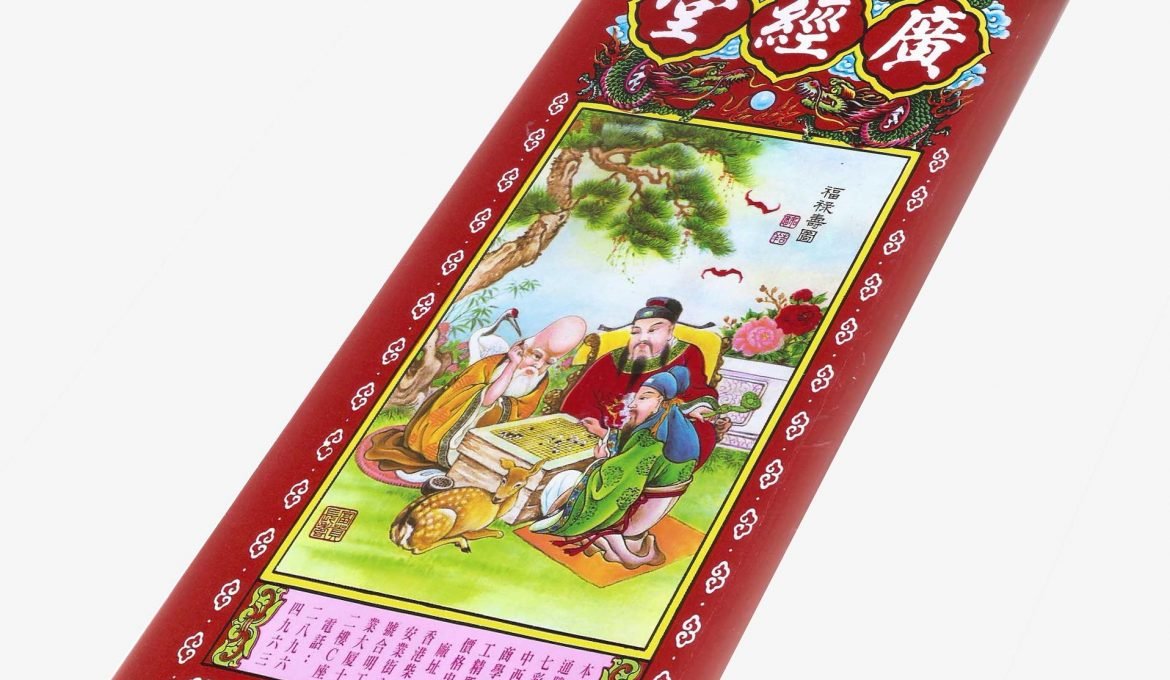 Central to Chinese lifestyle and feng shui is the Chinese red covered Almanac. Today most Chinese call it the T’ung Shu or T’ung Shing the latter being the preferred term because Shing sounds like win in Chinese, whereas Shu sounds like ‘lost’.

The T’ung Shu dates back thousands of years. Historical records have revealed animal bones and shells which were marked with the same star names used in the Almanac today.

The origins of the T’ung Shu can be associated with Emperor Yao, a celebrated emperor who was believed to have reigned between 2357-2255 BC. Yao ordered  the Ch’in T’ien Chien (the Board of Astronomy) to calculate the Almanac and instructed officials to distribute copies of the Almanac to every part of his Empire.

At that time the T’ung Shu was only allowed to be calculated and printed by the Board of Astronomy. Any citizen who flouted this law by printing and distributing their own version would be punished by decapitation or were exiled to an army post on the outskirts of the Chinese empire never to return.

The T’ung Shu was later renamed the Wang Li (The Emperor’s law or Almanac) At this time it was made up of just 15 to 16 pages. Essentially, it included calculations using the 10 Heavenly Stems and the 12 Earthly Branches to measure time on the cyclical basis of 60 combinations, one combination for each year.

China at that time was a farming community, and so was dependent upon the weather for their living. Once word spread of the Almanac and its accurate predictions of the four seasons, the people began to pressure the Emperor to take away its exclusivity and to make it available to all. Under this pressure the Emperor eventually gave-in and allowed the general distribution of the Wang Li.

Every winter, a new Wang Li was written in accordance with the change of stars which in simple terms predicted the weather for the year to come.

Because of the popularity and mass use of the Almanac its name was again later  changed to Nung Min Li, meaning the Peasants Almanac.

Nowadays, the Almanac is a lot more complex, involving various forms of divination combined with yin and yang predictions, the Four Seasons, and 12 or 13 lunar months of the year.

First you should be aware that being written in Chinese, the Almanac must be read from the opposite direction to a Western book, beginning at the ‘back’.

On the first page of the Chinese Almanac for 1998 shown below, is the traditional illustration of the Spring Festival Cow for 1998. This picture and its associated text traditionally predicts the weather, farming business and harvest prospects for the coming year. Each year the picture changes subtley.

This page also indicates the dates on which the earth god T’u Ti or Tu Wang is supposed to be active. This is helpful to farmers who want to choose the best day for planting their crops. This parallels the old European tradition of only sowing crops at particular phases of the moon. 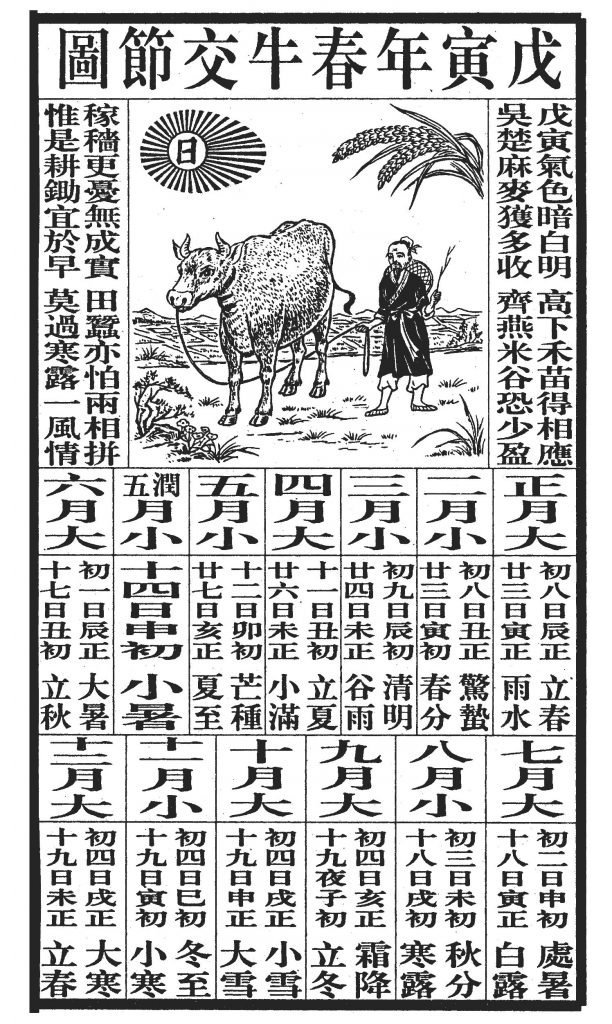