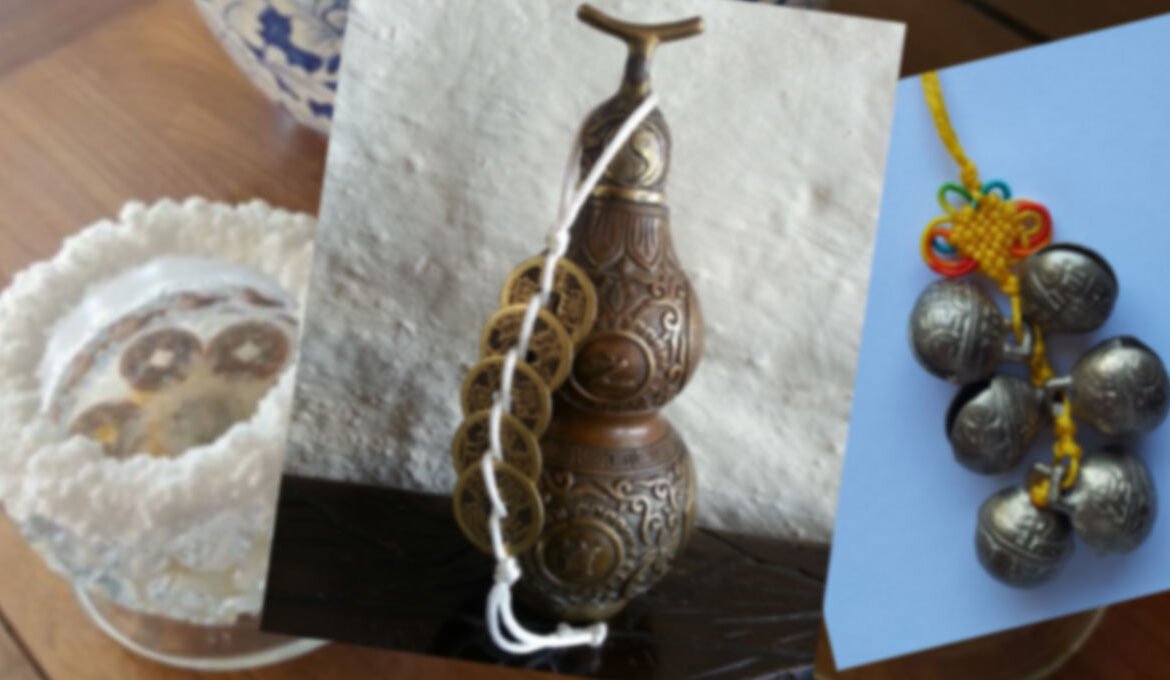 When it comes to Feng Shui remedies or cures, many practitioners would agree that certain stars (such as #2 and #5) are not particularly easy to manage.  In some cases, they are almost impossible to do anything about. Especially, when the landform configuration is not auspicious, or when it is disturbed.

Let us ask, what is so special about these stars? What do they have in common and why do some people fear them to such a degree, that they are willing to sleep in the toilet instead of their own bed?

To give an answer, we need to look into the ancient origins of the Chinese metaphysics.

Xuan Kong Flying Stars, as we all know, relate to trigrams. Each trigram represents a family member, element, colour, a number and a direction. It is less known, however, that there are many other attributes assigned to the trigrams, completely unrelated to elements, directions, numbers, etc. What do they relate to?

The attributes of the star#2 is a good example. While being interpreted as a star of sickness in Feng Shui context, in divination, it symbolizes a school, studying or students (in addition to indicating an illness). How come, that a single star’s attributes could have such seemingly unrelated meanings?

If we look into the meaning of the 坤 Kun #2 ☷ trigram, it is about the Matriarch or a Mother of a family, it is about caring, healing and hospital. It is not hard to imagine that, school could also be seen as the place of nurturing and being cared for, but how about studying? How does ‘studying’ equal ‘healing’? It doesn’t, unless we look into where the trigrams come from.

The ancient scholars who came up with all the incredible concepts of the Chinese metaphysics, which we are using today, have actually looked at the real stars. They have observed the movements of the real planets.

The order of Universe when one physically looks at it, is quite simple. It is easy to understand. However, when it is translated into the concepts and theories, and then it is further developed into methods and applications, things may get very complex indeed.

This happened such a long time ago, that it is easy to forget that the trigrams and consequently, the Flying Stars, derive their meanings from the real planets and their characteristics. From this perspective, it is strange to divide them into two camps: the good guys and the bad guys.  Every planet is an integral part of our Solar system and it is there in the sky to play its role.

This is how the Flying Stars relate to the planets.

As above, so below. What happens in our lives, including what happens in our houses, is a reflection of perpetual cosmic motion.  The ultimate goal for us as a species is to evolve and expand, and the planets are there to show us – how.

The time cycles have their own logic, which is what the movement of the Flying Stars across the chart represents. Flying Star chart is a map.

As we can see, ## 2-5-8 are associated with Saturn. We like the #8, but not the #2 and #5. So, why not, if they are all related to the same ‘malefic’ planet? This is probably why some schools believe that #8, as good as it is, should never be activated. Best to leave it alone, as it is behaving itself during the current period. But what happens when it becomes untimely? It will still deliver prosperity, but with strings attached. We just have to accept that Saturn is not a Santa Claus.

In both, Vedic and Western astrological systems, Saturn is considered to be the powerful force which we must obey. We can choose to ignore the impacts of the Jupiter or Venus. Even Mars, but not Saturn. Its presence is very real, and its impact is strong.

Saturn is a judge. It is a teacher, a guru. Its job is to make sure that we progress further in life, so that we realise our potential. It is a karmic force. If we get things right, we get rewarded. If we don’t, we will have to go back and do another round. Saturn is FAIR. No wonder we don’t like it.

Given that Saturn represents the transformational force, it makes total sense, that in order to transform, one needs to overcome the weakness and rise to face up to the challenges. It is about learning to transform.

This is not by accident that in 奇門遁甲 Qi Men Dun Jia,坤 Kun #2 ☷ is a place of 死 Si Men (Death door). The door of transformation.

Things fall into place when we consider that Saturn teaches us to do what needs to be done. In every instance, whether we deal with ##2, 5 or 8, something needs to be done. Out of the nine stars set, one third has to do with Saturn. We have no choice but to take Saturn seriously.

The star #5 is a Creator. It has no trigram or direction associated with it, as it comes from another dimension. It is the most powerful force of the chart and it is about becoming a master of your own destiny. It’s about living by your own set of rules.

The star #8 is about a Spiritual journey. It is about ethics and it represents being rewarded for the good deeds and for being humble. It is about sharing the abundance, similarly to how the Earth initiates the growth at the beginning of spring.

If we take into account the true nature of the ‘inauspicious’ stars, we may treat them differently. We may be able to better explain to our clients what these stars are and what is their capacity.

Yes, Saturn is a force capable of punishing, but the punishment is only a consequence. If we don’t learn the easy way, we learn the hard way, but we do learn. This is what we are here for.

In Feng Shui, remedying these stars does not exclude the necessity of taking steps in the right direction by a client, be that improving health or mental capacity, creativity or ethics. Regardless of the type and the size of the remedies used, the full proof protective shield against Saturn does not exist.

However, we can still make things better. There are numerous ways in which things can be improved.  No matter what we do, it is still important to determine what exactly needs to be done by a client in addition to any cures or solutions used.

Whenever the remedies are accompanied by transformation of the human Qi, the results are positive and long lasting. Being in the dialogue with the cosmic forces, rather than fighting them is a more potent approach to remedying the most powerful Flying Stars.

Master Anna Zarasyan PhD is a Feng Shui and divination practitioner who provides services for the corporate sector. She teaches Liu Bo Wen Qi Men Dun Jia Divination at Master Jo Ching’s Destiny Academy in Singapore. Anna provides consultation services to businesses across Australia and the US in the following industries: Construction, Development, Project Management and Real Estate. Master Anna has lectured at the University of Sydney and UNSW after having completed her PhD in Music Composition (University of Sydney, Australia) in 2001. Currently Anna works primarily with corporate clients, effectively contributing to their personal and professional success.