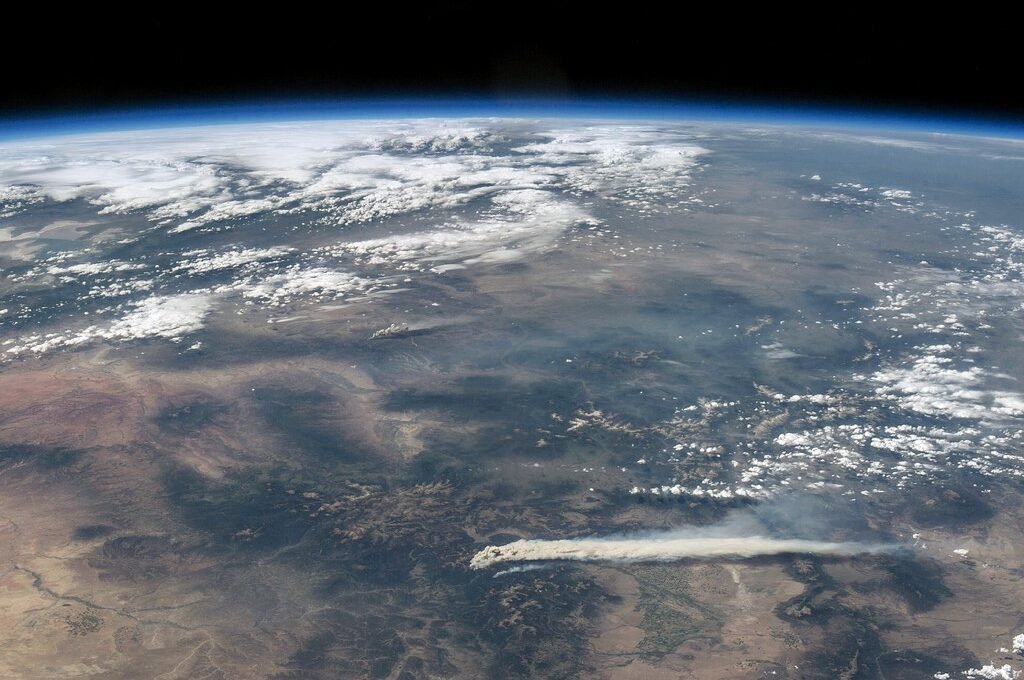 Indeed many studies have been done, linking electromagnetic radiation to cancer and leukaemia. But have you heard about geopathic stress? In many European countries having a survey for geopathic stress before buying a house is automatically undertaken just as in this country we automatically engage the services of a surveyor before buying a house.

So what is Geopathic Stress?

Geopathic stress is the effect of detrimental earth radiation and electromagnetic radiation on the health of your body. The earth has a natural magnetic field, it acts as though it has a large magnet at its centre. The rotation of the earth creates electrical currents in the molten metals found within its core, thereby producing a magnetic field. Human beings have evolved with this background magnetic field; they are accustomed to living within its presence.

Geopathic stress occurs when the earth’s magnetic field is disturbed, either naturally or artificially, and the background field we normally experience is changed. This can happen when the natural radiations which rise up through the earth are distorted by weak electromagnetic fields created by subterranean running water, sewers, drains, certain mineral concentrations, fault lines and underground cavities. Natural radiation disturbed in this way can become harmful to humans. Mining can cause man-made disturbances to the earth’s magnetic field, foundations for tall buildings, quarrying, underground transport systems, and public utilities (sewage, water and so on).

Geopathic stress is not only electromagnetic in origin. Geopathic stress can be caused by energies emanating from the earth vibrating at a level beyond the electromagnetic spectrum currently recognised and detected by conventional science and technology. These energies are often referred to as earth energies and can be bad, good or neutral. Earth energies have many different features but most problems are caused by underground water streams and Straight energy lines often referred to as, Ley Lines, Curry Grid Lines and Hartmann Grid Lines. Curry lines were discovered by Dr. Manfred Curry and Dr. Wittmann as a global grid network. As was the Hartmann global grid network discovered by Dr. Ernst Hartmann. It is mainly the crossing points on the Curry or Hartmann lines that cause health problems. Any feature which affects the earth’s natural magnetic field will most likely also affect the earth energies as these are linked in some way.

What are the effects of Geopathic stress?

Spending long periods of time over a detrimental area produces a stress reaction in the human body. This is the same as stress produced by any other means. The effect is gradual, involving a slow deterioration in health. The body becomes more and more debilitated by the on-going effect of the stress and the person becomes ill. Blood pressure may remain inappropriately raised; excess acid may be produced by the stomach, leading to stomach ulcers, decreased activity by white blood cells will lead to less effective resistance to viruses and bacteria. The person may have difficulty in sleeping as the body is on continuous alert. In this situation the body becomes undermined reducing resistance to colds and flu and more serious illnesses such as cancer. It is possible that geopathic stress might be a significant factor in the onset of cancer.

” People sleeping above an area of Geopathic
stress often have disturbed sleep patterns
and wake up feeling tired and irritable. “

The effects of underground water are evident up to several floors up. The adverse health effects
may include deprivation of regenerating sleep resulting III arthritis, cancer, enhanced
production of microbes encouraging mould and rot, degenerative diseases and rheumatism. The
molecules of moving underground water interact with the structure of the strata it is
flowing through, producing a positive vertical electric field, a DC generated magnetic field,
radio frequencies ranging from 87-101 MHz and ultra-short waves which are organised into
narrow bands about 6-8cm wide.

Where can it occur and what are the indications?

People sleeping above an area of Geopathic stress often have disturbed sleep patterns and
wake up feeling tired and irritable. Babies and children do not sleep well and this causes
problems for both themselves an their parents.

Because we spend about a third of our lives in bed, negative energy in this area can cause
serious complaints. The atmosphere in the house or part of it may be depressive or gloomy or may just not seem right. There may be something people just don’t like about the house, even
though they can’t ‘put their fmger on it’. Certain houses may be difficult to sell. Geopathic stress
can affect the fabric of the building. Pavements and walls may crack, plaster become damp and
light bulbs blow for no apparent reason. Redecorated rooms still feel gloomy and ‘not quite right’.

Shops do not prosper if built on geopathicaly stressed ground because prospective customers
will not want to stay on the premises. Offices or places of work may have an unusually high
absentee or sickness rate compared to average. In fact anywhere where we spend a significant
amount of time, geopathicaly stressed ground will effect our well being.

Although detrimental energies affect our health, there are certain organisms which prosper above these energies; examples of these are: cherry, nectarine, peach, and elderberry, mistletoe, fir and oak trees, cats, bees, ants, insects, bacteria and parasites.

Alternatively, along with us humans, the following are examples of organisms which suffer from being exposed to detrimental energies: apple, pear, nut, beech, and plum trees; currant bushes, lilacs and sunflowers; dogs, horses, cows, pigs, chickens and birds. So for example, wherever your dog likes to rest is a good place for you. Cats on the other hand may indicate the opposite.

What can we do?

First of all we should pay particular attention to where we spend a large proportion of our time. The most important place is our bed where we spend about a third of our lives, followed by for example, our work place, school, college, favourite chair or kitchen. We need to be able to be aware of any detrimental area and avoid it wherever possible, by, for example, moving our bed or chair.

How do you know if an area is detrimental or not? That is the service that geopathic couselling
provides. As most of the energies involved are not yet detectable by scientific instruments, they
use the ancient art of dowsing to locate the detrimental area such as the underground water stream or energy line. Most people know dowsing as a means of finding water with a twig, but it is used for much more. Many doctors in Germany, Austria and France use dowsers in their health care programs. Indeed, many of them undertake it personally.

Several of the authoritative figures from the history of dowsing were in fact medical dowsers, for example, Dr. Curry, who discovered the existence of the dangerous network of earth lines named after him. Dowsing is also used by some alternative health practices III the UK. Government
departments and public utilities both here and abroad sometimes discretely use dowsers. Dowsing was used by the US Marines to locate Viet Cong tunnels.

Professor Hans Dieter Betz (Professor of Physics, Munich University) headed a team of
scientists that investigated the ability of dowsers to fmd underground drinkable supplies, taking
them to ten different countries and, on the advice of dowsers, sank some 2.000 wells with a very
high success rate. In Sri Lanka, where the geological conditions are said to be difficult,
some 691 wells were drilled, based on the advice of dowsers, with a 96% success rate.

Geohydrologists given the same task took two months to evaluate a site where a dowser would
compete his survey in hours. The geohydrologists had a 21 % success rate, as a result of which the German government have sponsored 100 dowsers to work in the arid zones of Southern India to fmd drinkable water.

In 1989, a group of researchers in Austria completed a two-year study on the short-term consequences of human association with detrimental earth radiation sites. Some 985 people were tested with 462,421 measurements recorded from 6,943 tests. The working party was headed by Dr. Otto Bergsmann (Internal Medicine), a professor at the University of Vienna. A 158 page report gave details of changes in the serum values of serotonin, zinc and calcium after being exposed to these noxious fields for a period of ten minutes.

There were many other altered states to biological functions noted as a result of short-term exposure to these forces. This group has now linked with two universities in Austria studying the effects of disturbed zones on the immune system. Indications thus far support the findings of Dr. Ernst Hartmann who claimed that the protective role of the immune system was undermined when immersed in emissions of detrimental earth radiation.

Dr. Paul G. Seeger, Former Chief of Cancer Research, Charite Hospital, Berlin, Germany said, ‘No serious minded criticism, be it ever so prejudiced, can afford to ignore proofs of the existence of pathogenic telluric influences.

Hundreds of cancer institutes all over the world have spent billions without having found any convincing proof of cancer’s cause. Why has it not been possible to spend a few million of that
huge sum for a thorough investigation of telluric radiation as a possible prime cause of cancer in
human beings. Why has this newly discovered continent of knowledge not been applied to cancer presentation?

Electric power systems work at around 50hz just above the naturally occurring frequency of 30hz generated by the earth. Our bodies are tuned in to this low frequency so any frequency close to this is going to interfere with us, such as the 50hz AC mains power system used in the UK. Also ELF (Extremely Low Frequency) electromagnetic fields vibrating from 0.5 to 100hz, even if they are weaker than the earth’s field, interfere with the cues that keep our biological cycles properly timed. Chronic stress and impaired disease resistance results.

The frequencies that ELF AC systems use are very close to the natural brain rhythms of cerebrate creatures such as man. The pineal gland is the principal structure in the brain that is directly sensitive to the earth’s magnetic field.

“Wherever your dog likes to rest is a good place for you.       Cats on the other hand indicate the opposite”

As a result it functions abnormally when exposed to abnormal fields close to its own. Because the pineal gland produces a host of psychoactive chemicals (such as melatonin, dopamine, serotonin and others) its abnormal functioning can cause neurological and behavioural problems.

In 1990 the United States Environmental Protection Agency stated, ‘In conclusion, after an examination of the available data over the past 15 years, there is evidence of a positive association of exposure to magnetic fields with certain site-specific cancer, namely leukaemia,
cancer of the central nervous system, and to a lesser extent, lymphomas. This is supported by many studies of children and adults across many different populations and sub-groups.

Paul Craddock is currently the author of two books and is a long-time researcher into hidden and hard to get information, often concerning the spiritual side of humanity. Often running courses, consultations and meetings to pass on this information. Paul finds time to combine this with his daily life in a busy commercial world. His various part time hats worn in his life to date includes, former Chairman of Dowsing groups. A qualified adult education tutor teaching dowsing tutor for Bournemouth Adult Education, a hypnotherapist and a Geopathic Stress consultant. Awards include the British Society of Dowsers Pogson Cup in 2007. His dowsing courses have featured on Television and in the press.