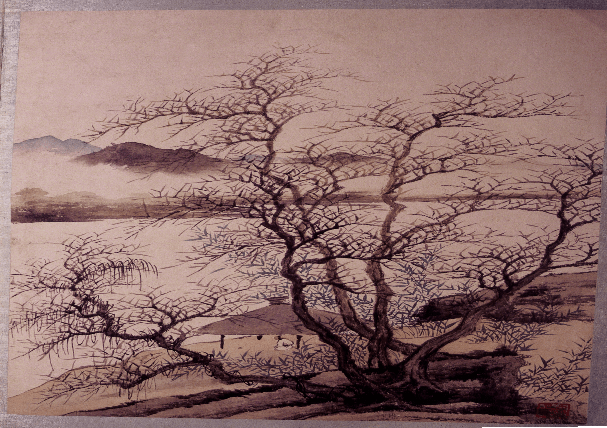 Feng shui is based on Chinese thinking developed thousands of years ago. In the first of two articles on Tao which translates as ‘The Way’ we look at the theoretical context in which feng shui was Born

Chinese civilisation has a long history that can be traced back over thousands of years. Feng shui has been part of that culture for 3,000 years and is rooted in Taoism – pronounced ‘dow-ism’. Because Taoism is such a rich collection of beliefs and ideas, however, it can be confusing.

There are two aspects of Taoism. One is Tao Chia, the Taoist School, which refers to philosophical Taoism such as that of the philosophers Lao Tzu and Chuang Tzu. The other is Tao Chiao, the Taoist religion. This refers to the magical and shamanistic side of Taoism and the practice of divination. Although these two aspects are now quite distinct, both had the same origins.

Taoism as philosophy began around the 6th to 5th century bce with Lao Tzu, the founder of philosophical Taoism. At the time his ideas were not categorised as Taoist, and it may be that he would have rejected such categorisation.

It was not until the early Han dynasty, during the 2nd century bce, that the term Taoism began to be used and thinkers began to be grouped into different schools. Lao Tzu’s ideas and teachings are presented in one of the most important classics of Taoism, the Tao Te Ching, which antedates Confucius and his tradition.

The life of Lao Tzu was not well documented, but it is known that he was a well-respected archivist in the court of Chou and that he was acquainted with Confucius. His real surname was Li. Lao Tzu means Old Master and was an honorary title given to him after his death.

Both his existence and his death were mysterious. It was said that after becoming disillusioned with the anarchy of the Chinese states fighting each other, he left for the West. However, in Chinese, ‘leaving for the West’ also implies death. On his journey to the West, it is said that he came to the gate of a mountain where he met the gatekeeper, Kuan Yin. Kuan Yin, knowing that Lao Tzu would not be seen again, asked him to write down his ideas and teachings. Lao Tzu wrote his classic in one night, and left next day… never to be seen again.

The Concept Of Tao

Central to Tao Te Ching is the concept of Tao. Tao translates as ‘The Way’, but what is Tao? Chapter One of the Tao Te Ching, says, ‘The Tao that can be spoken of is not the real Tao; the name that can be named is not the true name.’ This can be interpreted as Tao being the law of nature that is beyond the limits of rationality.

It is whatever shapes the world and generates the life force. ‘There is a thing, formless yet complete. Before heaven and earth it existed. Without sound, without substance, it stands alone unchanging. It is all-pervading and unfailing. One might think of it as the mother of all beneath heaven. We do not know its name, but we term it Tao.’

Chuang Tzu is thought to have lived between 399 and 295bce, and was more of a recluse-sage figure than Lao Tzu. According to the early Han historian Ssu Ma Ch’ien, Chuang Tzu was born in the kingdom of Sung (present-day Honan) during the period of the Warring States. People called him Chuang Chou.

He was a real devil’s advocate, who enjoyed endless philosophical arguments with friends and students. His teachings are found in The Book of Chuang Tzu, another classic of early Taoist philosophy, and are full of philosophical humour and wit. He especially loved asking questions about creation and the purpose of life, rather like a Chinese Socrates.

Chuang Tzu was also unwilling to define Tao and, in Chapter Two of The Book of Chuang Tzu, modestly described it. ‘I have travelled through it this way and that, but I still only know where it begins. I have roamed around as I wish within its mind-bending vastness. I know how to get there but I do not know where it ends.’ For him, the essence of Tao is change.

At the same time Tao is the unity of all things. ‘If you look at a little stalk or point to a giant pillar, see a leper or a beautiful Hsi-shih (a woman well-known for her beauty), notice things which are funny and dubious or things hideous and strange, the Tao makes them all into one.’ (Chapter Two, The Book of Chuang Tzu)

In its early stages Taoism was not a religion and Tao is not the equivalent of a creator god. For Lao Tzu, Tao is not something you can worship or pray to, because it is about a way of being. When it comes to creation, Chuang Tzu denied the existence of a creator, ‘Everything creates itself without the direction of any Creator. Since things create themselves, they are unconditioned. This is the norm of the universe.’

The world is said to have started when chaos came to an end. In many Chinese legends in the Taoist tradition the idea exists of pillars being used to split apart the heaven and earth to end chaos. In the oldest of the stories the character Pan Ku holds in his hands the egg of chaos from which he was born.

The egg takes the form of the yin and yang symbol. Pan Ku is said to have lived for 18,000 years, growing at the rate of 10 feet a day and eventually filling the space between heaven and earth. Chaos was thus separated into the initial yin and yang, symbolised by Pan Ku and his wife.

This concept of creation is fundamental in any Chinese thought. Its origin is Taoist, and it developed in the region of the Yangtze delta, the cradle of Chinese civilisation.

Early Taoism, represented by Lao Tzu and Chuang Tzu, seeks communion with nature and obedience to cosmic law. It directs focus away from social and political roles and responsibilities, although the degree of emphasis is different between these two masters. Lao Tzu did not mind discussing how governments should rule, whereas Chuang Tzu took a completely sceptical view of politics.

When invited by the Prince Wei of Ch’u to be the prime minister, Chuang Tzu said, ‘You offered me great wealth and a proud position, but have you never seen the sacrificial ox? After being fattened up for several years, it is decked with embroidered trappings and led to the altar, would it not willingly then change places with some uncared-for pigling? Begone! Defile me not! I would rather disport myself to my own enjoyment in the mire than be slave to a ruler of a state. I will never take office. Thus I shall remain free to follow my inclinations.’

This idea of non-action, or wu wei, is basic to early Taoism. Non-action is understood as real strength, not laziness. Life itself is the greatest of all possessions, and self-preservation and the achievement of inner freedom should be a primary concern. The aim is to nourish life and complete a natural span.

This basic idea can be found in the modern-day practice of feng shui. Feng shui is about making the best of nature and this fits in with the concept of non-action or wu wei in Taoism which teaches people to go with the flow of nature. Taoism teaches that all things originate from the interaction of yin and yang and change also takes place by their interaction. By acting naturally and following Tao, people can be in harmony with their essence and with the universe.

Along with the idea of non action, early Taoists also wrote about immortality and longevity. The idea of immortality owes something to Chuang Tzu, who had the vision of a ‘Perfected Man’ who, like the legendary Pan Ku, stood between heaven and earth. This is where philosophical Taoism and religious Taoism coincide.

There are many legends about remote mountains and sacred islands where immortals could be found and the secrets of immortality discovered. The earliest of these legends can be traced back to the 5th century bce, when rulers were already sending people to search for islands of immortals.

The interest in longevity has become somewhat ingrained in the beliefs of Chinese people who remain fascinated with the idea of leading a long life. Thus ‘long life’ – shou – is often used alongside ‘fortune’ – ju – in expressing good will.