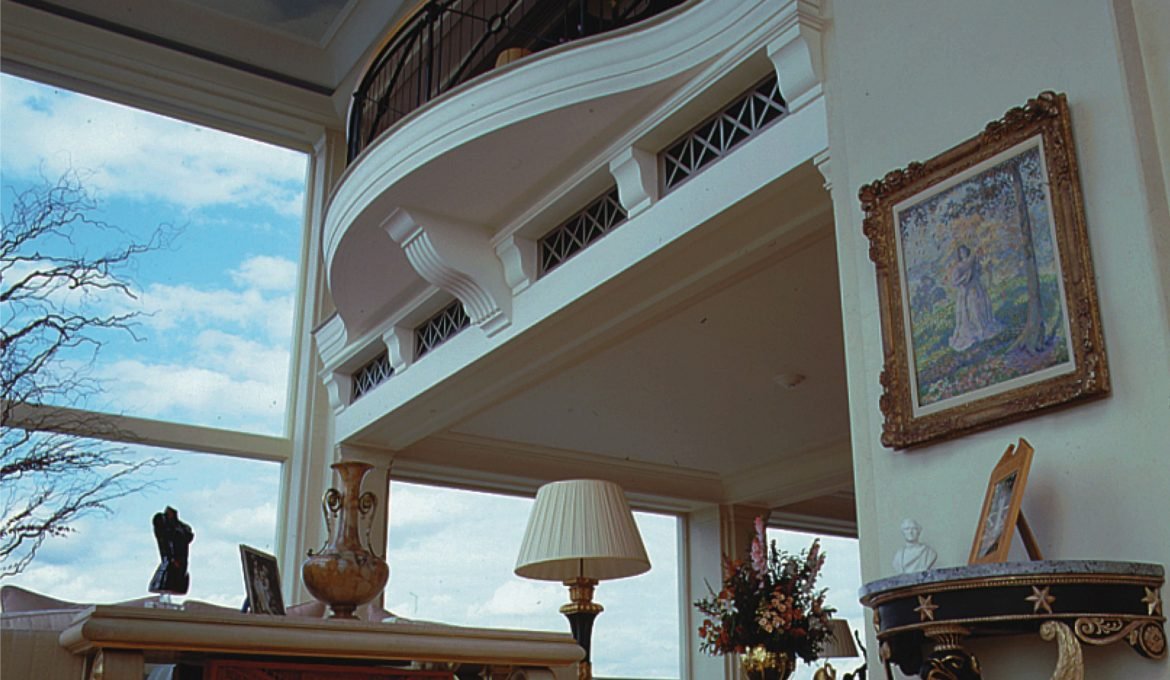 Best-selling novelist, Jeffrey Archer is no stranger to the changes of fortune. After becoming the youngest ever mp at the age of 29, just five years later in 1974 he was on the verge of bankruptcy and had to resign from parliament. But within two years Archer had reinvented  himself as a novelist with the publication of his first book not a penny more, not a penny less

[dropcap]A[/dropcap]rcher readily admits that the plot of the first half of the book is heavily autobiographical and involves the central character’s successful return from the brink of bankruptcy. After 17 publishers had turned him down, his first novel was published and he is now one of the most established authors of popular novels. To date, Lord Archer has penned nine best sellers, three books of short stories and two plays, Beyond Reasonable Doubt and Exclusive. His play, Beyond Reasonable Doubt ran for 600 performances in London’s West End.

Today, 21 years on, Archer is a multi-millionaire author, with novels published in 63 countries and 21 languages, with international sales of over one hundred million copies and titles in both the UK and US bestseller lists. He also made a return to politics, as deputy chairman of the UK Conservative Party from September 1985 to November 1986, and has since gained a life peerage (Lord Archer of Weston-super-Mare) in 1992. Archer boasts a charming home in the country as well as a magnificent Thames-side penthouse apartment at the Albert Embankment.

Such changes in fortune undoubtedly come from hard work, but even the most diligent need good luck to smile on them occasionally. We surveyed the feng shui of Lord Archer’s apartment, and found that he had chosen an extremely well aspected site for his London home. Although he admitted to coming across feng shui in his many travels in the East, he claims not to have consciously used those principles in choosing or decorating his home. It is possible that his architect and decorators knew a little bit more about it.

The River Thames meandering past the penthouse, brings with it the blessings of the ‘water dragon’ which bestows prosperity and good fortune to the occupants of the building. Being a man of vision, he bought a flat in the building 14 years ago for £35,000 amidst remarks by his friends that he was living on the wrong side of the river. A few years ago he sold it for over a million pounds and upgraded himself to the penthouse.

Although the building is not particularly attractive nor is it in a fashionable part of London, its site by the river is very auspicious, commanding an impressive view of the Houses of Parliament and Big Ben, with the City beckoning in the distance. The dome of St Paul’s Cathedral peeps out from amongst the modern office buildings. The reception area of gleaming marble floor is bright and spacious enjoying the ‘bright hall effect’ where auspicious ch’i accumulates. However, the flow of ch’i is partly hindered by an abstract giant metal sculpture of a pen-knife with its sharp blade standing upright in a menacing manner sending out ‘poison arrows’ in the reception area.

An interesting quirk of this reach of the river is that at this point it flows almost due North towards the Houses of Parliament. On a clear day, looking out to the North you get the impression of being on some great liner sailing down the Thames.

At first sight, the block appears to be on the outer edge of the main curve of the river, but on closer inspection there is a small concave bend on the larger convex bend. This makes it a much better site to benefit from the powerful ch’i of the Thames. One of the key rules of landscape feng shui is that you shouldn’t be able to see where the passing river disappears out of sight. In this case the point where the Thames flows away from the penthouse to the horizon is hidden by a succession of bridges.

The Thames is therefore the strongest feng shui influence on the occupants of this block. Looking out in any direction, because of its height, there is no structure large enough or close enough to generate ‘secret arrows’, the fortune-destroying alignments which good feng shui practice always seeks to deflect.

The penthouse covers the top two floors and its piece de resistance is the main lounge, entertaining and dining space. This is L-shaped and takes up most of the lower floor. The shorter side faces North (or to be more exact 16 degrees East of magnetic North), and has a mid-stream view of five of the Thames’ bridges plus the Houses of Parliament. Symbolically, being in a position to look down upon the ‘mother of parliaments’ on a daily basis, gives Lord Archer a significant feng shui advantage within the political arena.

The two reception areas, exquisitely decorated with a mixture of modern and period furnishings, is the work of two professional interior decorators. Here again the ‘bright hall effect’ comes into play with the spacious living area bringing in very auspicious luck. The study is built on the mezzanine floor like a balcony, fronting west with a magnificent view of the left bank of the Thames.

Looking north from this vantage point at the flow of the Thames, one gets the feeling of being in a ship cruising down the river trailing the movement of the ‘water dragon’ as it meanders lazily to the sea. The view from the ‘ship’ affords a stunning vista of the Thames with the House of Parliament on the left and Big Ben in the background. The bridges linking the north and south bank fading away in perspective, give the impression of rungs of ladder climbing up and up, in itself a source of inspiration and symbolic of progress in Lord Archer’s undertakings.

Once a month Lord Archer entertains a group of ten celebrity friends and politicians in his sumptuous dining room. Lord Archer likes his guests to enjoy the view of the river and thoughtfully sits facing east with his back to the river. As a West House person, it would auger well for him to dine facing west tapping into his best direction.

Hanging over the grand dining table is an imposing modern metallic gothic chandelier which dominates the room, creating an Elemental imbalance in a confined space, suppressing the energy of the room. However, as Lord Archer’s Element is Metal this is not too inauspicious. At the far end of the dining room a large framed mirror hangs on the wall overlooking the dining table. This would have been an excellent feng shui feature had the mirror been placed a little lower to reflect the food served on the table.

Born of the Metal Element, Lord Archer predictably collects many ornaments in metal and gilt. Large sculptures of gilt swans and eagles reflects his strong personality and assertiveness. A large red oil painting of a woman sitting on a chair with little children playing on the floor, hangs on the southern wall of the first of the two sitting rooms.

This is a very auspicious place to hang the red painting, as the south is the Element of Fire which also represents fame. The placing of something red in this corner activates Lord Archer’s fame as a writer. The predominant colour of this area is yellow which accords with his birth sign the Dragon. 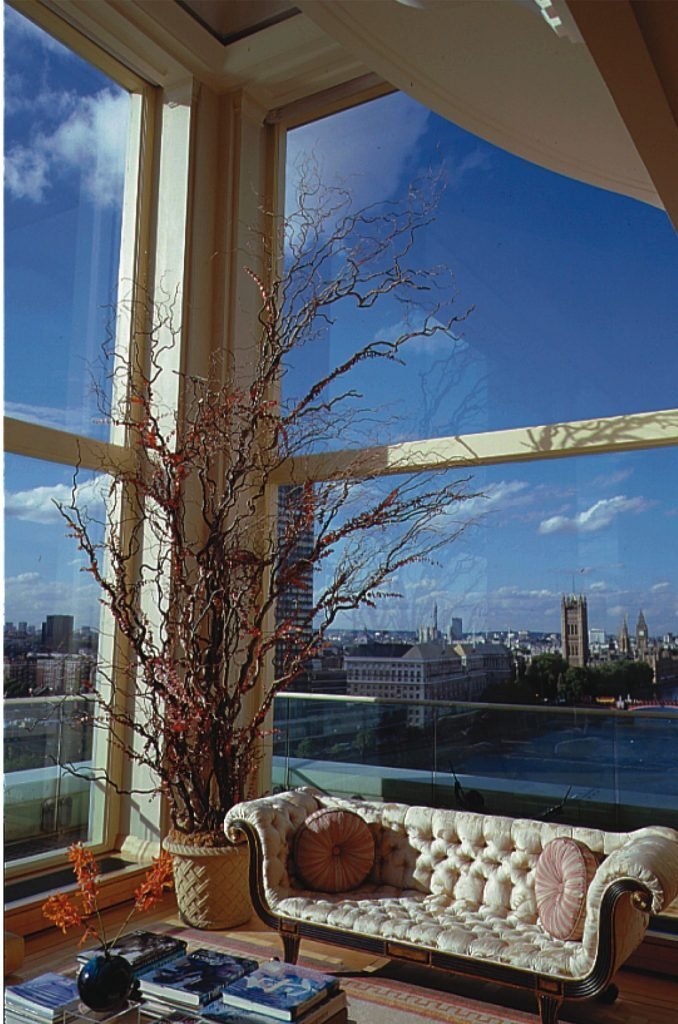 On the far corner of the second reception area, in a north-west direction, a beige clay pot with mock wicker design stands imposingly with a very tall scraggly arrangement of dead twigs and dried flowers. This corner represents the mentor area which attracts support and help from other people in Lord Archer’s life. A dead tree and dried flowers in feng shui term, does not generate energy and will not activate that particular aspiration.

Moreover, the north-west corner is represented by the Element Metal which destroys Wood in the destructive cycle of the Elements of feng shui. So it is doubly harmful to place this decoration in that corner. It would be very beneficial to Lord Archer if he were to replace the tree with something of metal in colours of white or gold to activate his ‘mentor corner’. As both politician and an author he needs the support of colleagues and readers respectively.

The longest side of the main room faces West which, as a ‘West-group person’, is Archer’s most favourable direction. It also has a continuous west-facing glass facade which is very auspicious. The most is made of this view since Archer’s study is sited on the mezzanine floor directly overlooking the main room and viewing the Thames in the same westerly direction. At either end of Archer’s study are four square portholes, allowing ch’i to pass directly through the room from one side of the building to the other. Blocking or deflecting the direct lines from one set of ‘portholes’ to another with curtaining or with the judicious placement of a windchime would improve the feng shui of the study.

Lord Archer’s meteoric rise to fame as a politician and author owes a great deal to his zodiac sign of the dragon. The dragon is the most powerful of the four celestial animals of which the other three are the phoenix, tortoise and tiger. The dragon which in ancient China also represents the emperor, is the most auspicious of all the zodiac animals. It is the only mythological animal that can fly without wings. Dragon men are charismatic and are often described as born winners and high achievers.

They do not accept failure and nothing is impossible in their mind once they set their hearts on a goal. And when their luck is down and they encounter obstacles or are faced with a problem, they always manage to rise above the occasion with dignity and fortitude. Because of this great sense of self confidence and assertiveness, the dragon man can be perceived as egotistical, arrogant or very status conscious. They demand acknowledgement of their position and authority, but they deliver what they promise and, often excel in what they set out to do.

The Metal male dragon is highly ambitious and lets nothing and no one stand in his way.  Yet on the other hand, he can display great affection, kindness and gentleness. He can be compassionate and generous when the mood suits him. Dragon men are often destined to be very successful and wealthy. Lord Archer is all these and more.

He is proud of his achievement and guards his social position zealously, but at the same time involving himself in charity work, notably his work in the Campaign for Kurdish Relief which raised over fifty-seven million pounds for the Kurdish people. His auspicious feng shui has assured him good fortune, prosperity and fame and he knows that he will always be the ‘captain at the helm of his ship’ sailing to the ‘fragrant harbour’ of his own destiny.

Lord Jeffery Archer is born on a Yang Earth Rat day. Yin Water is the only Stem hidden within the Rat. Yin Water forms a Stem Combination with Yang Earth. As the Day Branch is the House of Spouse, this indicates that Archer’s spouse is able to bring him Wealth. When Yang Earth sits above the Rat, they bring a special union that brings success.  See Dr Jin Peh’s full BaZi analysis on his website www.jinpen.com