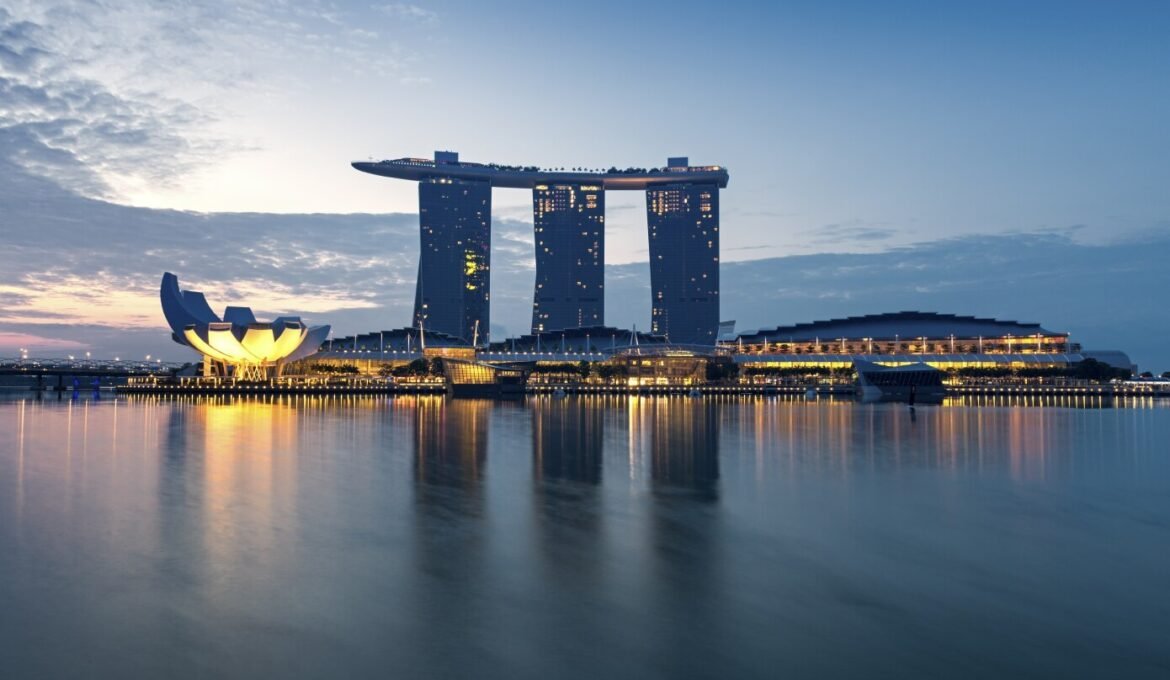 Founded in 1819, Singapore is today one of Asia’s great success stories. Helen Oon looks at the part played by its Feng Shui in its glittering rise

When Sir Stamford Raffles founded Singapore in 1819, he was not deterred by the macabre scene of death and disease that besieged the pirate-infested island.

The year itself an auspicious one with the lucky number ‘8’ for prosperity and the emperor’s number ‘9’ for power and wealth. Raffles’ dream was to transform this swamp-covered island into a ‘new Alexandria of the Far East’ and his hopes were not misplaced – today Singapore is one of Asia’s great success stories. Juxtaposed between the trade routes from East to West.

Its strategic geographical location is blessed with a deep natural harbour, which makes it the world’s busiest port in terms of shipping tonnage, with up to 700 ships in its harbour at any one time! It is one of the most important world centres for commerce, manufacturing, finance, communication and tourism.

It bears the hallmarks of an economic success with its infrastructure, rapid and steady economic growth enhanced by political stability, low crime rate, an educated populace enjoying high employment and a standard of living that ranks amongst the highest in Asia. Can all this good fortune be attributed to its auspicious landscape feng shui?

What’s in a Name?

Singapore was destined to be great from the beginning. Its very name evokes power and authority. Before it was christened ‘Singapore’, Chinese traders of the third century referred to the island as Pu luo chung or ‘island at the end of a peninsular’. The Malay peninsular which backs the island resembles a dragon swimming in the sea playing with a ‘pearl’ in its mouth. The pearl of the dragon is a potent symbol of prosperity and good fortune in Chinese belief.

As a trading outpost of the ruling Sri Vijaya empire, it was known as ‘Temasek’ or ‘Sea Town’ due to its location as a port of call. Legend has it that during the 14th century, a Sri Vijayan prince visiting the island saw a strange animal which he mistook for a lion. He named the island Singapura – the Lion City, and the name has evolved to its present form of Singapore.

The national emblem of the island is the Merlion, a mythical beast with the head of a lion and the body of a fish or mermaid. In feng shui, fish play a very important part in enhancing prosperity and wealth. Its image is commonly used in greeting cards, calendars and Chinese paintings, while Chinese restaurants and homes often have aquariums to enhance their fortune. The combination of these two formidable creatures make it doubly auspicious as a national emblem.

Shui or Water – the Source of Life

It has been observed that most thriving cities are built by a river or sea. Singapore’s birthplace, where Raffles first landed on the island in 1819, is a widened meander of the Singapore River known as the ‘belly of the carp’. The carp is a very propitious symbol for prosperity and good fortune in feng shui. Today the site is known as North Boat Quay and a white marble statue of the founder himself, arms folded and dressed in coat and tails, gazes over the Singapore River with great pride at his achievement.

Singapore is a tiny island measuring 42km (26 miles) by 23km (15 miles). In the North, the ‘black tortoise’ support comes in the shape of the Malay peninsular which protects the island. The South, equivalent to the main entrance of a building, faces the Straits of Singapore tapping into the ch’i of the water dragon from the deep natural harbour which has brought Singapore its wealth and prosperity as a world class port. Keppel Harbour, the life blood of the island, is itself sheltered from the elements by Sentosa Island. In the interior, Singapore has a gentle, undulating landscape of rounded hills interspersed with gentle spurs and valleys. The highest peak, Bukit Timah, measures only 165m (542ft). This allows the easy distribution of ch’i throughout the island.

The core of the central business district concentrates at the centre of the Southern part of the island. It is a bustling district with an eclectic array of architectural designs and many ultra-modern, tinted glass-clad skyscrapers. Water features cleverly disguised as stylish designs help improve the feng shui of many buildings.

“Can all this good fortune be attributed to its auspicious landscape feng shui?

The most famous of feng shui cases is the Singapore Hyatt Regency Hotel. It appears that the original main door to the hotel lobby and the reception area was parallel to the main road. This suggested ‘the flow of wealth’ out of the building and indeed the business had a slow start.
A feng shui expert was called in to rectify the situation.

He recommended tilting the main door at an angle to slow down the flow of ch’i to usher in prosperity and success. The fountains directly in front of the hotel were replaced with flower beds and the water features relocated to a more auspicious location on either side of the modified front door. The expert recommended that the fountains should spout water to a certain height. An offending flag pole in front of the hotel, possibly emanating ‘poison arrows’, was also removed and placed on the fourth floor.

The cashier’s desk at the reception was relocated to face away from the main entrance. To enhance trade, a Chinese boat, to symbolise ‘safe journey’ of any business enterprise, was placed in the restaurant on the first floor. It is said that after the feng shui implementation, the hotel has never looked back since.

Singapore, blessed with such an auspicious feng shui outlook, looks set to continue to prosper and grow. With the recent economic downturn in Asia, the ‘Lion City’ has weathered the storm far better than its neighbouring countries. What it lacks in size, it makes up in innovation.