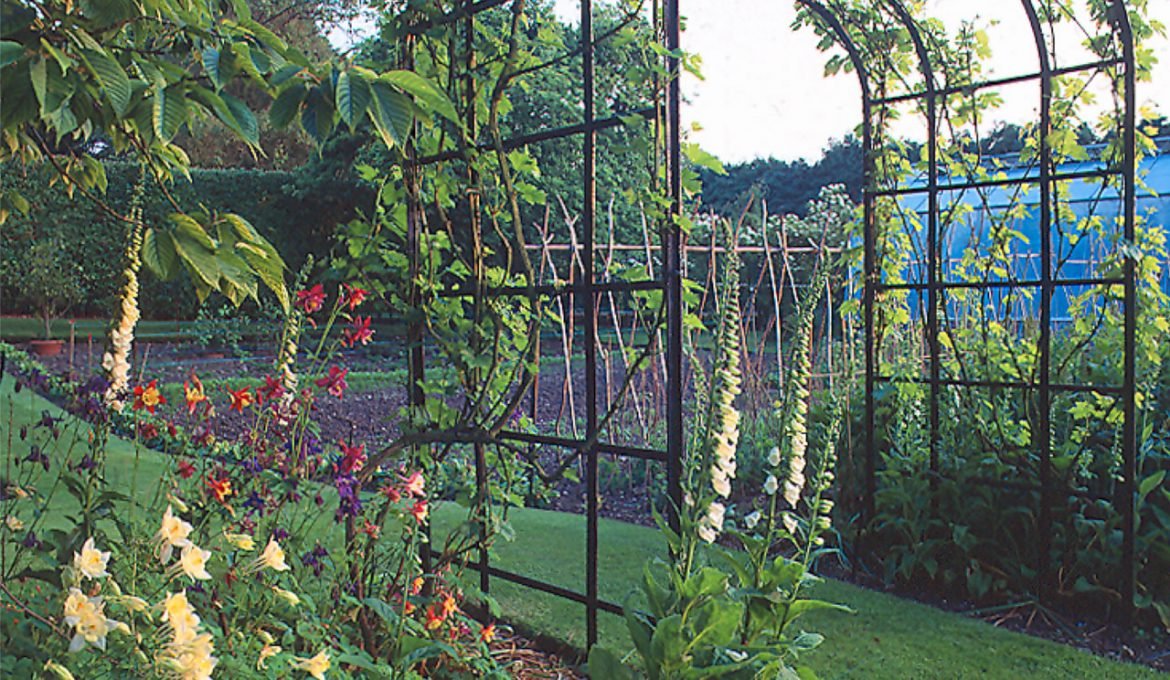 For plants to thrive it is important that they feel comfortable in their surroundings. In the second of this two part series, Gill Hale continues the ‘right place, right time’ theme

Where a particular plant is situated will effect how it grows. When they are planted will also have a profound effect on their well-being as they, like us, are influenced by cosmic forces. Moisture, temperature and sunlight are obvious examples, but there are more subtle cosmic energies at work. The unseen energies from the heavenly bodies – the sun, the moon, the planets and the stars – all influence life on earth to a greater or lesser degree.

Ancient gardeners, in the absence of compasses to determine position and clocks and calendars to determine times and dates, used various methods to decide the best time to plant their crops. Some used the flowering times of plants. Fan Sheng Chih, author of an ancient agricultural manual, knew that beans should be planted when elm trees flowered and lentils sowed as the mulberries ripened. Such observations would also help indicate correct soil conditions, the life cycles of insects dependent on or beneficial to those plants and so on.

In modern times we have become removed from the natural world and some of our planting practices actually go against the natural order and can profoundly upset the ecosystems in our gardens. Three hundred new woodlands are to be planted in the UK in time for the millennium, some of them oak, but since oak seedlings are cheaper in Eastern Europe, many have been imported. This has vast implications for British wildlife since the life cycle of the imported trees differs by two weeks from that of the native species.

Consequently, caterpillars which hatch on the leaves and feed on the buds will be late, depriving newly hatched birds of food. Many insect, bird and mammals species will be affected by this decision and the ecology of whole areas is threatened. In the feng shui garden we need to be aware of the consequences of our actions and accept that we are one small part of the natural order.

The Influence Of The Sun And Moon

Other ancient planting methods relied on the annual cycle of the sun and the monthly cycle of the moon, also taking into consideration the positions of the planets and the various constellations as viewed and calculated from the Earth. Ancient gardeners knew, as indeed do gardeners and farmers around the world who use these methods today, the benefits of planting at times which correspond to the natural rhythms of the universe. Fan Sheng Chih in the first century BC, used the solar calendar, recommending that rice be sown 110 days after the winter solstice.

The manual, the Huai Nan Tzu, used the position of the constellations. We read in the first issue of this magazine that the T’ung Shu, the Chinese Almanac, indicates auspicious planting days based on the dates when the Earth god T’u Ti is supposed to be active. In order to use any of these methods we would need access to complex astronomical data or be able to interpret the Chinese calendar. To determine auspicious planting times, the most widely employed method worldwide, is based on the cycle of the moon.

The Ch’i Min Yao Shu (Essential Techniques For The Peasantry), dated BC 535, was based on the moon’s cycle giving recommendations for the timing of crop planting. Roman writers Cato and Varro wrote prolifically on the subject. Pliny obtained his moon planting information from the Druids, and Native American peoples and African tribes still use the lunar cycle for planting and to determine times for their celebrations. Christian festivals still retain links to the lunar year. For example, the Easter and harvest celebrations, even in the rural areas of most industrialised nations, still use moon cycles.

It is an accepted scientific fact that the moon exerts a gravitational pull on the Earth, which in turn creates the tides. Not so well known, is that the same influence is exerted on all living things on the planet, human beings, animals and plants, since they are largely made up of water. The water within the soil is also affected. On its monthly cycle the moon waxes, from new moon to full moon and exerts an upward pull on the water in the earth, which also affects the sap in plants.

After the full moon, the moon wanes and pulls the water down into the earth and the sap downward in plants. It is therefore preferable to sow and plant those vegetables and plants which are grown for their leaves – cabbage, lettuce, hostas, etc – and those which make most of their growth above the ground, annual bedding plants for example, during a waxing moon.

Plants which are grown for their roots (carrots, Jerusalem artichokes) and those which need to establish a firm root system, such as trees and shrubs, should be planted after the full moon during a waning moon.

Planting By The Moon

The table above shows that for planting purposes, the moon cycle is divided into four phases, each of which can directly influence the type of planting or gardening activity which takes place at that time of the lunar month. It is usual to avoid planting a day or two on either side of the full and the new moon, since the former can introduce too much moisture and cause plants to rot, and the latter, being a much drier time, tends to cause plants to become woody. The table also shows which type of planting or activity is best carried out in each phase.

Of course this is not the whole picture, since the position of the planets and constellations also play a crucial part. It is not advisable to plant at certain times, when there is an eclipse, for example. However, with the information given here, it is possible to begin using these tried and tested ancient techniques to garden in harmony with nature’s cycles and to note the beneficial effect on plant growth.

“The moon exerts a gravitational pull on… all living things on the planet, human beings, animals and plants…”

Gill Hale has gardened organically, using ancient planting practices, for over 20 years. She is also a feng shui consultant, a committee member of the Feng Shui Society, lectures widely and has appeared on several TV and radio programmes.